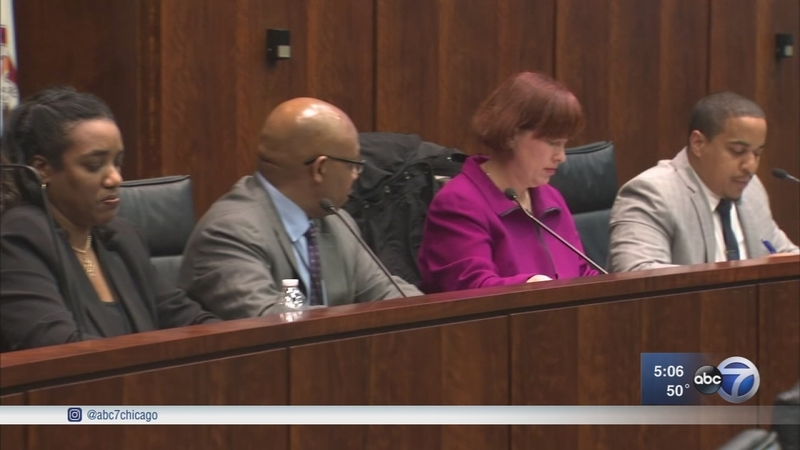 CHICAGO (WLS) -- Illinois lawmakers held their fourth public hearing Monday morning about legalizing marijuana, which provided some legislators with input to help them create a new bill that will be proposed in early February.

During the joint committee hearing in Chicago, testimony illuminated both the pros and cons of allowing anyone over the age of 21 to have an ounce of pot on them, as well as taxing and regulating the drug. Even lawmakers who support such a proposal have varying motivation.

"The goal is to reduce black market, keep teens away and bring in revenue to a safe and secure environment," said state Sen. Heather Steans, D-Chicago.

Cook County Board President Toni Preckwinkle said her support is not about revenue, but about ending racial disparities in the criminal justice system.

"Rarely do we see white college students or young professionals, suburban high school students or their prosperous parents arrested or detained for the use or possession of marijuana," she said.
Lawmakers are also heard opposing viewpoints from anti-drug coalitions, doctors who deal with addiction and members of the religious community.

"What we're talking about with marijuana is encouraging use. Good drug policy discourages use, while not harming those already struggling with addiction," said Dr. Aaron Weiner, of the Linden Oaks Behavioral Health. "I'm very concerned, as we're currently framing this discussion, our new legislation might not do that."

Armed with statistics, public health experts on both sides of the issue gave their opinions.

Diminished IQ among teens and impaired driving were also mentioned as cons in the marijuana debate.

"We had 1,000 traffic death last year, you might have 200-300 more because of legalizing marijuana," said Peter Bensinger, a former Drug Enforcement Administration administrator.

Some supporters in the medical community argue legalization will bring regulation which could curb use. Doctors said that right now recreational users have no idea what they are buying.

"If you want people to limit its use, it's hard to do if getting it in an unlabeled package which essentially is alcohol unlabeled bottle you don't know how strong it is," said Dr. David Nathan, of Doctor's for Cannabis Regulation.

State lawmakers who support legalization say about $300 million to $700 million in tax revenue will be generated if Illinois legalizes pot.

Experts from Colorado, who testified on Monday, said some that money must be used to educate teenagers in schools about the dangers of marijuana.

A public hearing was held on Monday about the possible legalization of marijuana for adults in Illinois.