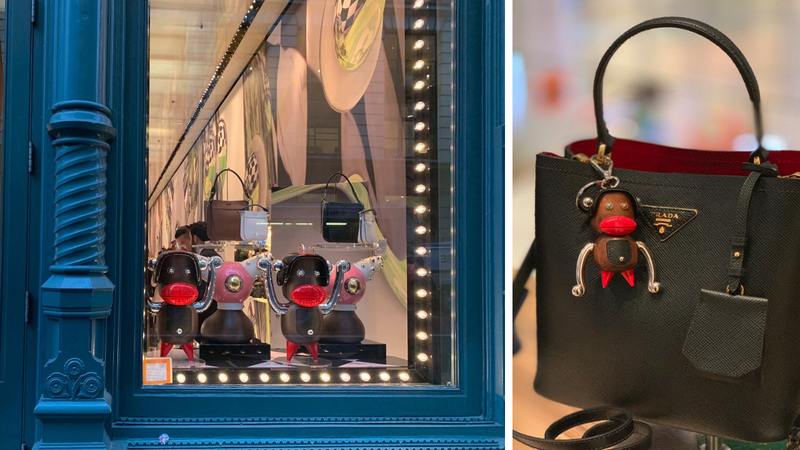 NEW YORK CITY -- Protesters took to the streets of SoHo over what they call a racist and offensive window display at Prada.

When the designer store opened on Friday, many said the characters displayed in the window and on store shelves were reminiscent of blackface.

"They were dredged in racist imagery, exaggerated lips, black skin, there was unmistakable reference to blackface that has plagued our country for decades," civil rights activist Chinyere Ezie said.

Prada draped the windows and when they opened again, the offending characters were gone.

NYC council-member Jumaane Williams said he wants to know who is making decisions at Prada.

"Who looked at this marketing scheme and said this was OK?" Williams said. "Let's pretend you've never seen history, those exaggerated features look OK to you?"

A spokesperson with Prada Group released the following statement, saying no offense was intended, but they did not offer an apology: