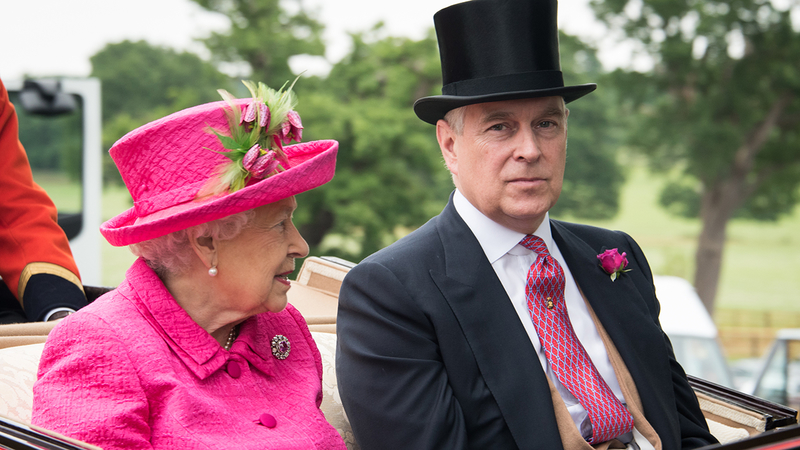 Prince Andrew steps back from public duties due to Epstein ties

Prince Andrew has said that the Queen has given him permission to step back from public duties "for the foreseeable future" following a firestorm of criticism over an interview about his association with convicted sex offender Jeffrey Epstein.

In a statement on Wednesday evening, the Duke of York said he "unequivocally" regretted his relationship with the disgraced financier and was willing to aid in any ongoing investigations.

"It has become clear to me over the last few days that the circumstances relating to my former association with Jeffrey Epstein has become a major disruption to my family's work and the valuable work going on in the many organizations and charities that I am proud to support," Prince Andrew said.

"Therefore, I have asked Her Majesty if I may step back from public duties for the foreseeable future, and she has given her permission."

A royal source told CNN that the Duke of York took the decision to step back from public duties following discussion with the Queen, Prince of Wales and others. The source said the decision was for the best, and that nothing was more important to any of the family than the institution itself.

Andrew's statement comes just days after a controversial interview with BBC Newsnight, in which he denied allegations that he had sex with an underaged woman who said she had been trafficked by Epstein. In a 2015 federal court filing, Virginia Roberts Giuffre alleged that Epstein forced her to perform sex acts with several prominent men, including Prince Andrew in 2001, when she was just 17. All of them have denied the allegations.

During the BBC interview, the Queen's second son said he had taken his elder daughter to a party at a pizza restaurant on the night it is claimed he had sex with Roberts Giuffre. Prince Andrew also claimed that for many years, he could not sweat, countering allegations made by Roberts Giuffre that he was "sweating profusely" before they had sex.

The Prince also repeatedly said the two had never met, despite the existence of a photograph that appears to show Andrew with his arm around Roberts Giuffre.

The Duke of York also told the BBC that he had seen nothing that struck him as suspicious when he was around Epstein.

Epstein -- who was first convicted of sex crimes in 2008 -- died by apparent suicide in August while awaiting trial on federal charges that he sexually abused underage girls and ran a sex trafficking ring. Epstein had pleaded not guilty.

"I continue to unequivocally regret my ill-judged association with Jeffrey Epstein. His suicide has left many unanswered questions, particularly for his victims, and I deeply sympathize with everyone who has been affected and wants some form of closure," the prince said Wednesday.

"I can only hope that, in time, they will be able to rebuild their lives. Of course, I am willing to help any appropriate law enforcement agency with their investigations, if required."

The development comes as a number of companies sever ties with the Duke of York in the wake of the broadcast of the interview on Saturday. British telecommunications company BT said it would withdraw support from an online skills training program if it did not drop Prince Andrew as a patron.

"In light of recent developments we are reviewing our relationship with the organization and hope that we might be able to work further with them, in the event of a change in their patronage," BT said in a statement about the Duke of York's Inspiring Digital Enterprise Award (iDEA).

"Finally, there has been widespread comment on the Duke's relationship with Jeffrey Epstein," Watson wrote. "The Duke has known Mr Epstein since being introduced to him in the early 1990s. The insinuations and innuendos that have been made in relation to the Duke are without foundation."

But Prince Andrew told the BBC that they "met through his girlfriend back in 1999 who -- and I'd known her since she was at university in the UK," referring to British socialite Ghislaine Maxwell.

In a response to the conflicting timelines, a palace spokesperson told CNN: "The Duke's words in his interview speak for themselves." CNN is attempting to reach Watson for comment.

Prince Andrew was also asked during the BBC interview about photographs that showed him with Epstein in Central Park in 2010, after Epstein was a convicted sex offender.

Prince Andrew said he had gone to New York to break off contact with Epstein as a result of the conviction.

"I've questioned myself as to why did I go and what was I doing and was it the right thing to do," he said. "Now, I went there with the sole purpose of saying to him that because he had been convicted, it was inappropriate for us to be seen together."