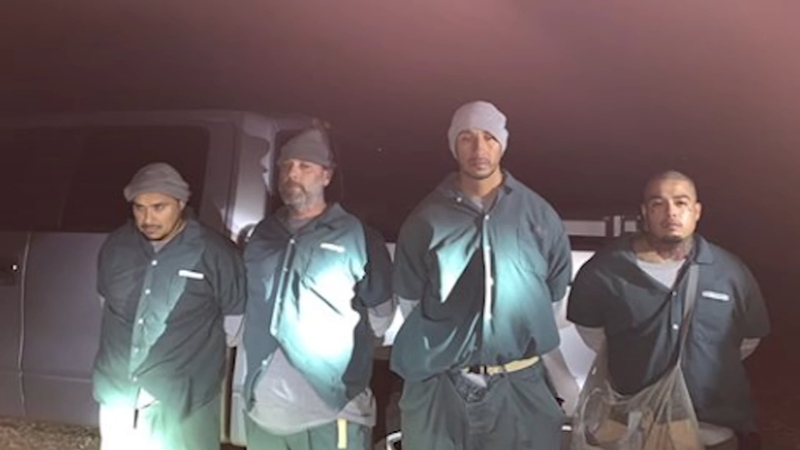 BEAUMONT, Texas -- Four inmates are back in custody after multiple reports of escapes from a federal prison in Texas, only they're believed to have returned each time with contraband.

The men were seen leaving the grounds of the Beaumont FCI complex Friday night when they were caught by U.S. Marshals and sheriff's investigators, according to a statement from the Jefferson County Sheriff's Office.

The arrests came after repeated reports of their escapes and return to the prison with contraband, according to the statement.

RELATED: 2 inmates in custody after breaking out of Liberty County jail