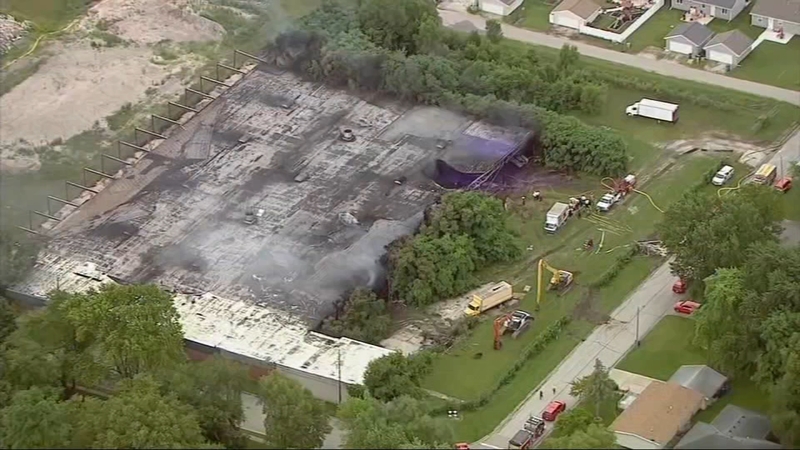 That fire burned hundreds of thousands of pounds of lithium ion batteries, forcing nearly 5,000 people to evacuate their homes.

Officials said the evacuation order in place due to the Morris lithium battery fire will lift Friday.

Officials evacuated the southeast side of Morris after the fire broke out last Tuesday, as toxic fumes and smoke emanated from the building, stemming from as many as 200,000 lithium batteries exploding.

The EPA has placed air quality monitors around the town of Morris, including right at the entrance of the building. As of our last report, they had found any evidence of harmful contaminants getting into the air.

Morris officials give an update on the work being done to extinguish a fire at an industrial site.

The order allows the state to expedite additional resources to help Grundy County respond to the disaster.

Morris Mayor Chris Brown said the city was not aware lithium batteries were being stored at a warehouse that is now the site of a massive fire.

"To our understanding, we were unaware of the batteries in the warehouse and only came upon it when the firemen started to do their work and push water onto the fire; they've been taking all the precautions necessary to make sure everything is safe and contained," he said last week.

"I have to say sorry," Zheng said at the time.

Drone video shows small clusters of fires with ash and debris scattered around the building. Thermal imaging shows the hottest cores of the fires.