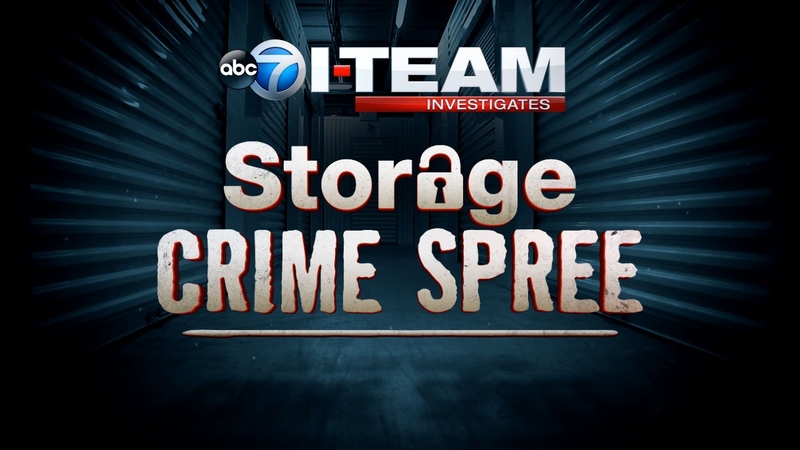 You pay good money to store your belongings, but the I-Team learned many of those storage units don't always keep property safe.

The I-Team examined hundreds of police reports from all over the Chicago area and found hundreds of recent break-ins; a storage crime spree. Victims said they're angry at one storage company that's been hit hard, accusing the facility of taking their rent money but failing to safeguard their belongings.

The serial storage thief has been caught on camera. Michael Lozada has been caught on video breaking into Public Storage units in north suburban Libertyville. He hit 43 storerooms in one night and made off with enough loot to stuff a 26-foot truck.

Under the Freedom of Information Act, the I-Team received hundreds of burglary reports at storage facilities in several suburbs. So far this year, Libertyville has been hit 43 times, Waukegan has been hit 84 times, Skokie has been hit 54 times, Orland Park has been hit just once and Naperville has not been hit at all. The leader is Lincolnwood, with 104 burglaries. That makes a grand total of 286 break-ins so far in 2017.

Three-fourths of those break-ins were at Public Storage facilities.

"It looked like it had been ransacked," Amy Vachon told the I-Team.

Vachon stored personal treasures at a Lincolnwood Public Storage for seven years when she discovered she'd been robbed.

"Pictures of grandparents that had passed. That's what I have left of them, and to see that someone had just strewn them about and stepped on them. That was the worst," she said.

Vachon is upset she unwittingly paid for four more months after the break-in as well.

In police report after police report, the method of entry into Public Storage facilities is breaking through the units' wire ceilings. It's also how Vachon's unit was robbed. So the I-Team rented a storage unit at that same Public Storage location in Lincolnwood.

The I-Team saw no cameras in the main hallways, only by the elevators. The I-Team's unit was also vulnerable, as the wire mesh above it opened up.

"Regardless of the lock you use on your storage unit, it really won't make a difference if you can simply bring a ladder or use a step stool to get over the top and break through the wire mesh here," said Jordan Ferranteli, senior security advisor at Jensen Hughes.

Ferrantelli said newer rounded locks can't be cut like traditional ones, but none of that matters if criminals can get in from above.

"It's window shopping. I can look into this neighboring unit here and identify whether or not there is material worth stealing," he said.

Thanks to a special home insurance rider, the family was able to recoup most of the money.

"There is not enough security," Smiley said.

The I-Team asked Public Storage about the 286 instances of burglars hitting their units and that wire mesh. The company didn't reply to emails and messages. Though they advertise that "millions have trusted their storage to us since 1972," Public Storage's contract states they do not "guarantee the safety or security of your space or the facility or of any stored property" and that by signing it, customers release Public Storage from "any liability, loss or damage" including "active or passive acts, omissions or negligence" on their part.

"You do feel violated. You pay someone expecting something in return and they turn their backs," Vachon said.

As for the Libertyville loot stolen by Lozado, police told the I-Team they returned 90 percent of the property to the rightful owners.