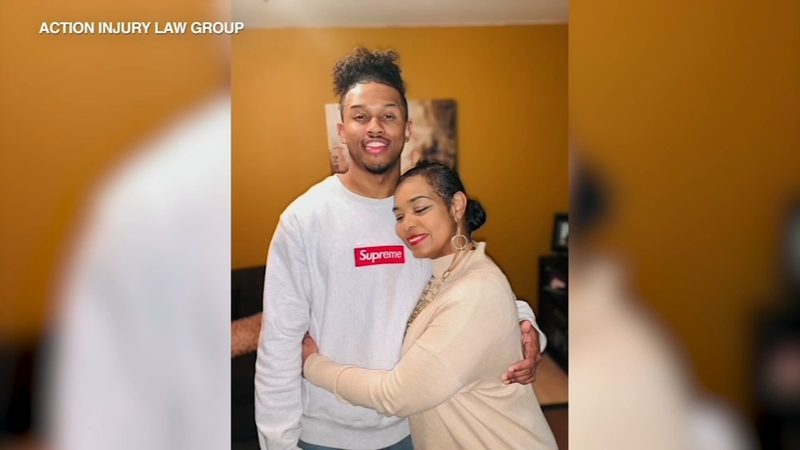 The Purdue University police officer involved in a controversial arrest of a Black student last week is now on leave following death threats, according to campus police.

Adonis Tuggle is being represented by a Chicago civil rights attorney Andrew M. Stroth. The student's parents live in the Chicaga area.

"The officer went from zero to 100," Stroth said. "He put his elbow in his neck. Adonis said yesterday again he felt like George Floyd. He could not breathe."

"You are choking me," Tuggle yells in the video.

The woman demands the male officer take his elbow off Tuggle's neck. The officer, whose name has not been released, responds, "Touch me again and I will tase you."

"You will tase me" she replies. "I'm trying to get your elbow off my boyfriend's neck."

Police said last Friday they responded to a call of a woman possibly being held against her will.

"Adonis was having an interaction with his girlfriend and it's our understanding that someone called the police," Stroth said.

The body camera video has not been released yet. The cell phone video doesn't show what happened when the officer first arrived on the scene. But what was captured is sparking outrage.

The family is calling for a full independent investigation. Stroth called it an unprovoked attack.

"I spoke to his mom yesterday and when you are in an academic environment at a school like Purdue, for something like this to happen is really unfortunate," he said.