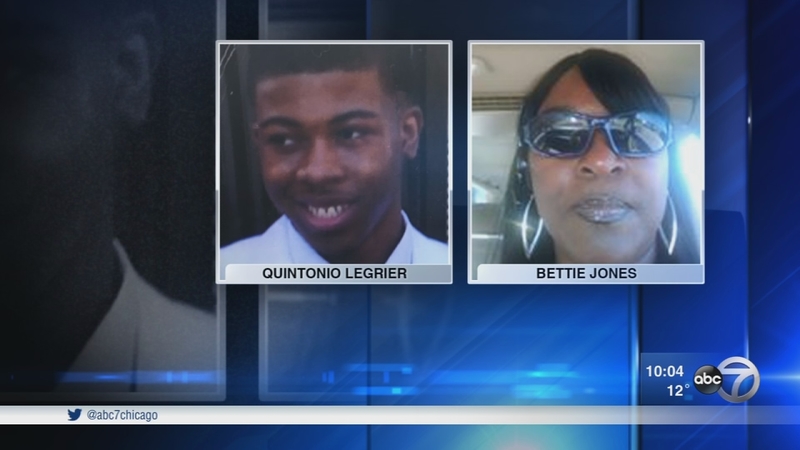 The Civilian Office of Accountability ruled that Officer Robert Rialmo unjustifiably shot LeGrier and Jones on Chicago's West Side while he was responding to a domestic disturbance call.

The agency said a "reasonable officer" would not have believed he or she was in danger.

"I knew he could never try to hit anyone else with a bat. For everyone else to know, that's all I've been praying for," said Janet Cooksey, mother.

On Dec. 26, 2015, Officer Robert Rialmo responded to reports of a domestic disturbance around 4 a.m. after LeGrier's father called 911 and told them his son had become violent and threatened him with an aluminum bat. LeGrier's father then called Jones, his downstairs neighbor, to ask her to open the door when officers arrived.

Rialmo opened fire and both LeGrier and Jones were killed. Chicago police acknowledged at the time that Jones was shot accidentally.

Rialmo said he opened fire when he swung the bat at the officer. COPA's 48-page report says evidence indicates that didn't happen.

"The report unambiguously states that the officer is lying about what happened," said Basileios Foutris, attorney for the LeGrier family.

The report also says shell casings, witness statements and forensics show Rialmo was farther away from LeGrier than he said he was.

"The conclusions are political. The facts stated in the report support that Officer Rialmo was justified in using deadly force," said attorney Joel Brodsky, who represents Rialmo.

Rialmo has been on desk duty since the shooting.

"We take discipline very seriously but, it would be premature for the department to make any comments until our review is complete," Guglielmi said.

The Fraternal Order of Police, the union which represents police officers, responded to the ruling, saying, "We're very disappointed in the decision by COPA and will provide Officer Rialmo all the representation he is entitled to."

Former COPA chief administrator Sharon Fairley said the focus should now be the "integrity and fairness of the process that follows." Fairley said Chicago Police Superintendent Eddie Johnson "must review the findings and decide whether he concurs. If not, the matter will be referred to a single member of the Chicago Police Board whose sole discretion it will be to determine whether the matter will be dismissed with no further action or heard by the full police board. In the past, I've voiced my concern about any case, let alone a case of this complexity and importance, being decided by a single member of the police board."

Fairley also raised questions about the neutrality of the city's Department of Law, and said she believes they should recuse themselves from any legal proceedings surrounding the case. The Law Department recently considered suing LeGrier's estate.