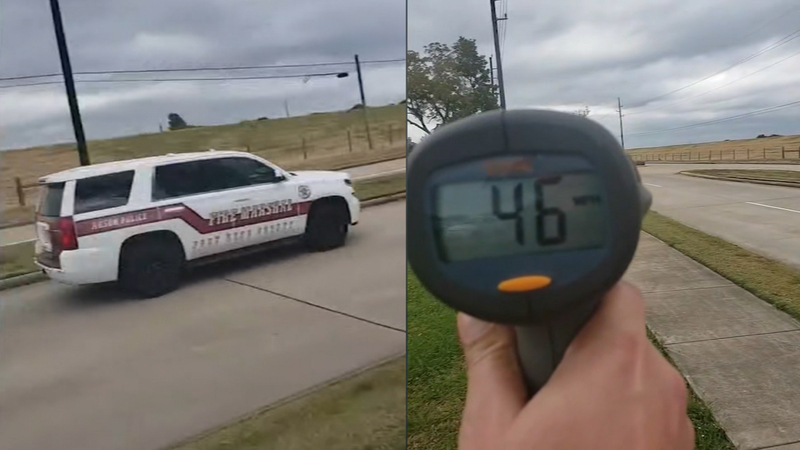 RICHMOND, Texas -- A Fort Bend County dad is running his own radar trap in the absence of law enforcement policing school zones and ticketing speeders.

Cass Mattison said he's a safety engineer with a son who goes to school in the area. He said he sees drivers blowing through school zones well in excess of the 20 mph speed limit in the morning and afternoon.

"You'll see them flying through there on their phones, and it's the children who matter," he said.

Mattison said he was standing beside Richmond Parkway near Hutchison Elementary on Monday. In one hand is a radar gun and in the other is his cell phone camera. The video shows a marked truck traveling at what his radar clocked well over the speed limit.

Mattison met with Fire Marshal Mark Flathouse, who said he would investigate the matter. Mattison then posted the video to YouTube.

The video did not record the license plate number on the truck, and Flathouse said the trucks are not equipped with GPS, which could track the vehicle's location.

He also said a directive has been sent to employees in the fire marshal's office regarding police and procedures, including complying with traffic laws. An internal investigation is underway as well.

Mattison said if a private citizen were to be pulled over, speeding through a school zone, the fine would be expensive.

He said his first concern is the safety of children.

"I'm willing to go all over the county doing this," he said. "At 6'5", I stand out on the side of the road with a radar gun. Anything to make people slow down. Whoever they may be."