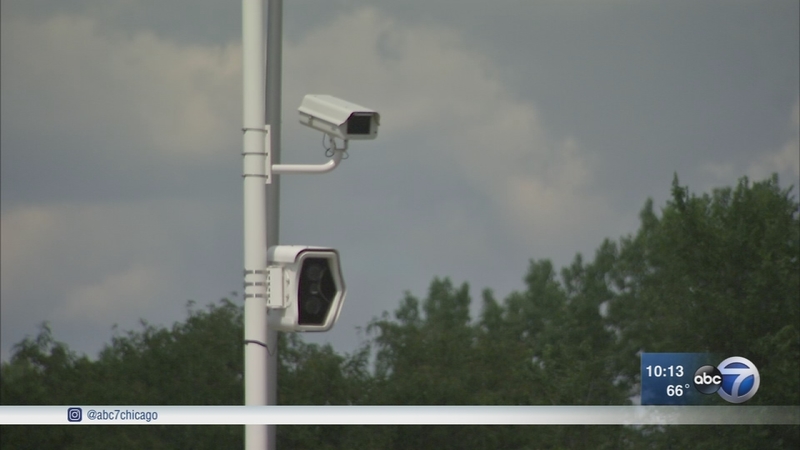 CRESTWOOD, Ill. (WLS) -- A safety expert said an intersection with a red light camera which was a part of a recent I-Team investigation doesn't follow federal guidelines.

Many drivers call the intersection a red light camera "trap." Thursday the Abolish Red Light Cameras group filed a lawsuit asking $3 million in fines be given back to drivers. That lawsuit is based on an expert's opinion. He examined the intersection in south suburban Crestwood and spoke about it exclusively with the I-Team.

Galarnyk is a construction safety expert, and an expert in the federal guidelines on traffic control and safety. He was hired by an attorney who represents Abolish Red Light Cameras.

They brought him to the intersection after the I-Team reported on the red light camera confusion at the right hand turn lane on southbound Cicero Avenue and Cal Sag Road.

Galarnyk said he believes since there is a red light camera and a requirement to stop then the right lane should have its own signal or sign, based on federal guidelines.

"If this municipality, Crestwood, is issuing citations off that red light camera, however long, they have been doing it wrong at this intersection. It does not comply with the MUTCD - Manual on Uniform Traffic Control Devices, federal," Galarnyk said.

Galarnyk highlights a page in the MUTCD showing a "cone of vision." It said drivers should be able to see their traffic light within that cone.

"You can't look like this," he said, turning his head, "for the light."

The Illinois Department of Transportation declined an on-camera interview but said, "the signal positioning at this intersection does meet applicable federal and state standards for right-turning movements."

They added, "The material you provided really does not apply to the conditions at Illinois 50 and Cal-Sag Road."

They also said a diagram provided by the I-Team "describes a signal face positioning for through movements, not right-turning movements."

Crestwood officials insist the red light camera is fair. Asked if there was a light on the right hand curve, would it be very clear, Villages Services Director Bill Graffeo replied, "No, it wouldn't be."

Crestwood also points to the "stop on red" sign at the line, but also said the sign has been recently knocked down three times. In fact, there are videos where people were ticketed and it wasn't there.

Jason Knowles: "They are saying when you drive up to this line, you don't know if it is red, yellow, or green."
Bill Graffeo: "They don't? Well, most people if they were making a right hand turn would look back to the left, correct?"
JK: But if they are pulled up past this traffic to the line they can't see?
BG: "I'll explain it, they can see the light, because if you are standing here and you pull up to this light where we are at and you look back to your left like you are supposed to, and you can see the light directly across the street and you can see that it's red."

But Galarnyk is standing by his expert opinion.

"Yes, that white bar needs-where the sign is that says "stop here-needs to have its own sign or light, and it does not," he said.