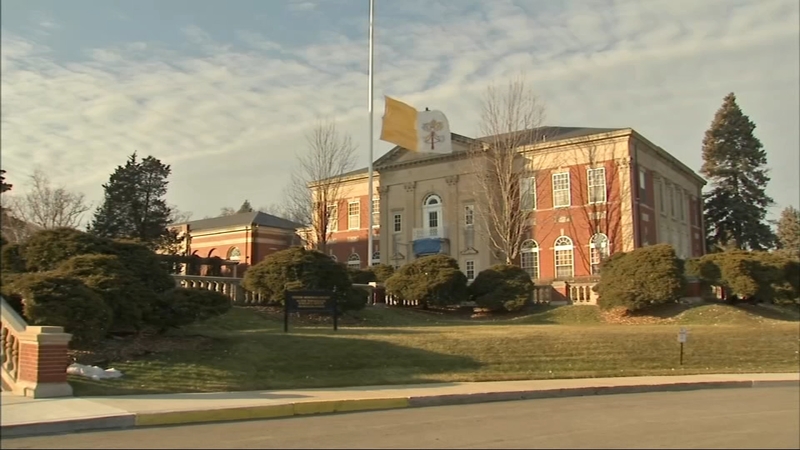 CHICAGO (WLS) -- As high-ranking members of the Catholic Church met Wednesday in north suburban Mundelein, clergy sexual abuse survivors gathered in front of the Archdiocese of Chicago to call criticize the handling of abuse allegations.

"The church has a history of minimizing and denying the unbelievable pain and horror of being sexually abused by a priest," said clergy sex abuse survivor Patricia Gallagher Marchant.

Survivors and activists from End Clergy Abuse and Survivors Network of those Abused by Priests (SNAP) issued a letter to Pope Francis calling for Cardinal Blase Cupich's removal from his prominent role organizing a worldwide papal summit on clergy sex abuse next month, and they are demanding action.

An 89-year-old man was killed and a woman critically injired in a fire in a five-story apartment building Wednesday morning in the Dunning neighborhood.

For the next week, bishops and cardinals from all over the country are meeting at Mundelein Seminary for a retreat of prayer and reflection on the clergy sexual abuse scandal. Prayer ribbons are tied to the gate outside.

"Pope Francis asked the bishops, the bishops conference leaders to schedule a time in which we would have a spiritual retreat to build unity among ourselves as a way of moving forward. Because, he thought that that was just as important as coming up with a solution," Cupich said in November of the retreat.

But instead of prayer, clergy abuse survivors want accountability, especially after learning this week that the Vatican blocked U.S. bishops from addressing the clergy sex abuse scandal at their November summit and the blistering report from Illinois Attorney General Lisa Madigan alleging more than 500 priests accused of sexual abuse in Illinois were not publicly identified by the church.

These survivors want to be included in the solution.

"If they're not included in this summit how is there going to be any meaningful dialogue and change. It's simply not going to happen," Isely said.

This prayer retreat continues for the next week, meanwhile, clergy abuse survivors and advocates plan to launch the "Fight for 500" initiative Thursday to expose what they say is a huge number of publicly undisclosed predator priests in Illinois.

Cupich has expressed profound regret in the past of the whole church for failures to address the scourge of sexual abuse. In a tweet Tuesday, Cupich said, "As we begin our retreat tomorrow at @MundeleinSem, I ask your prayers for all @USCCB bishops. With your support, we will pray and prepare to take action as we deepen our sacred commitment to keeping young people safe."

As we begin our retreat tomorrow at @MundeleinSem, I ask your prayers for all @USCCB bishops. With your support, we will pray and prepare to take action as we deepen our sacred commitment to keeping young people safe.