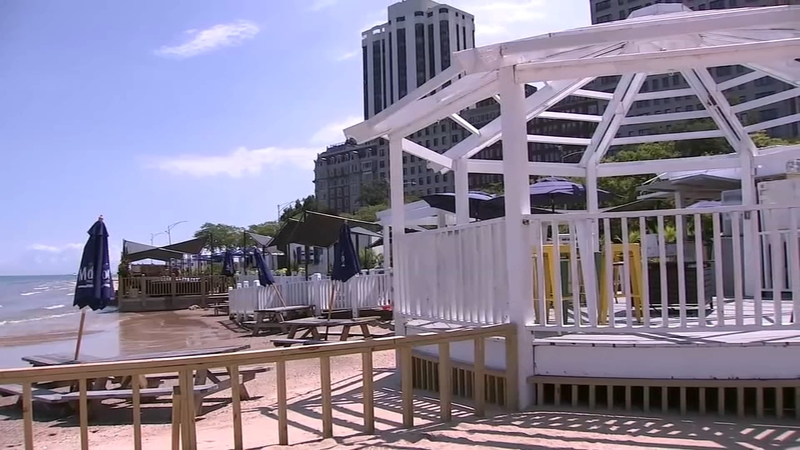 This affects at least five restaurants, including Castaways at North Avenue Beach and Reggie's at 63rd Street Beach.

The neighboring beaches are still closed.

Reggie's on the Beach welcomed their first customers of the summer at 63rd Street Beach Thursday.

"Today's huge," said Ed Calahan, co-owner of Reggie's. "We've been waiting for this since May."

Following the green light from city officials earlier this week, the bar's team wasted no time. Calahan said they're ready for customers just 72 hours after the go-ahead.

"I hope that the anticipation that the community has had and all those people that called and emailed and texted us for the last few months, I hope they come out." Calahan said.

Castaways on North Avenue Beach and The Dock at Montrose Beach are also welcoming back customers, with both opening Friday.

The city says these vendors have to follow the same social distancing rules as other businesses, Which Calahan said won't be a problem since his patio is already set up with spacing in mind.

Knowing he could adapt to the city's new rules, Calahan was frustrated to be kept shut down even as other businesses reopened this spring, during what was supposed to be the bar's first full season.

"We felt there was no reason why we shouldn't be able to open," he said. "But, you know, we understand this is new territory for everyone so we were also striving to respect the mayor and her administration."

But now, he's able to bring back his entire team of around 20-25 employees.

"The Chicago Park District will use the same guidelines required by the City for all other businesses allowed to return to operations. The District is working with each concession on its plans to adhere to the City guidelines and prevent large gatherings. The actual list of concessions is fluid as these operators are currently weighing their options. Proprietors who decide to open can do so as early as this week provided the necessary health and safety procedures are put in place.