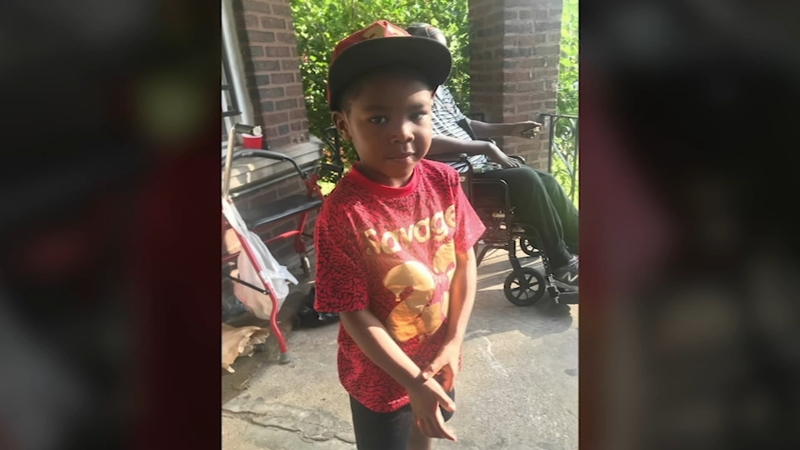 CHICAGO (WLS) -- A 5-year-old boy was injured Wednesday after a road rage incident turned into a hit-and-run on Chicago's South Side.

The little boy's family said they were getting ready to have an evening picnic together when they heard gun shots and then moments later, the 5-year-old got hit by a car.

"My family is getting out the vehicle with babies and my 5-year-old nephew got hit, ran over by a car," said Carmelita Grady, his aunt.

The 5-year-old boy is being treated for a broken arm and broken leg, his family said.

Just before 5 p.m., Chicago police said the driver of an SUV and a 49-year-old driver of a red sedan were involved in minor traffic crash on the Dan Ryan Expressway. The 49-year-old told the boy's family he chased the SUV to 88th and Michigan, and then the SUV's driver fired shots at him.

He said if he would have known that the guy was young and had a gun in the vehicle, he wish he had never followed him that was his regret

Chicago police said the driver of the SUV then hit the 5-year-old boy and drove off. His family said at the time they were gathering for a picnic in the area.

"It was devastating. I didn't know whether he was dead because he was limp," said Sherry Parker, the boy's grandmother. "We didn't know if he had gotten shot because all I heard was screaming."

Investigators called the incident that led up to this boy's injuries a case of road rage.

"If you driving and you encounter an ignorant person, somebody be the bigger person. It's not worth your life or the child's life that's riding with you," Grady said.

Police said the little boy was taken to St. Bernard's before he was transferred to Comer Children's Hospital. His family said he is expected to be okay.