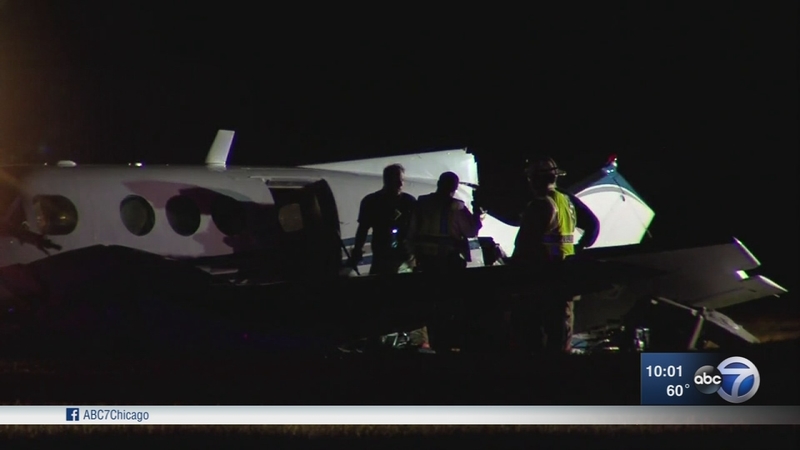 Officials said at about 5:26 p.m. the six passenger twin-engine King Air aircraft was coming in for a landing when it crashed just short of airport property, but came to a stop on airport grounds.

"They struck the ground just east of Falcon Road. They bounced over the road through the fence, the perimeter fence of the airport, and that's where they landed," said Deputy Fire Chief Brian Kunce, Rockford Airport Fire Department.

It was unclear if the crash was mechanical or related to strong winds. The airport reported gusts of up to 35 miles per hour Monday night.

"Once our company arrived on scene they found that the plane ended up crash landing inside the airport grounds," Kunce said.

Airport officials said four people were on board the plane, including the pilot. Emergency responders had to extricate the pilot and one of the passengers off the plane, and they remained hospitalized in serious to critical condition Monday night.

The other two passengers suffered minor injuries and were also taken to local hospitals for treatment.

The National Transportation Safety Board is leading the investigation.