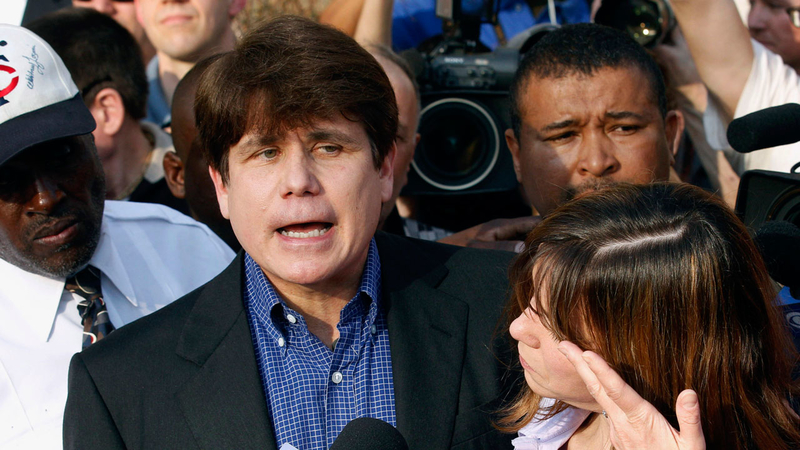 Commutation vs. Pardon and other things to know about the Blagojevich clemency action

CHICAGO (WLS) -- Former Illinois Governor Rod Blagojevich's prison sentence has been commuted by President Donald Trump. But what does that mean?

ABC7 Legal Analyst Gil Soffer sat down discuss what lies in the former governor's future, including his immediate future. Does he just walk out of prison now, and come back to Chicago?

"Close to it," Soffer said. "There is some paperwork that has to be filled out, it's probably being filled out as we speak. It could be at most a matter of days, or it could be shorter."

While the path to freedom for someone with a commuted sentence is short, it is not the same as being pardoned. There are some important differences between the two kinds of clemency actions.

"It's a very important difference. Commutation means his sentence was cut short. He's free. A pardon would have meant his record was wiped clean," Soffer explained. "So because it's a commutation he remains a convicted felon. He wouldn't if it had been a pardon."

And Blagojevich's status as a convicted felon is what will have the greatest impact on his new life as a free man.

"There are limitations on what a convicted felon can do, and among them are typically running for office, voting, possession a firearm, and those limitations may apply to him," said Soffer.

Soffer said that in order for Blagojevich to vote or run for office again, he would have to seek relief from the state with government authorities. It is not an automatic process, and he will be released from prison with all the felony restrictions imposed on him.

"And in particular, holding office in Illinois, he may have some trouble there because of the impeachment proceedings against him," Soffer added.

Though Tuesday's announcement was dramatic, Soffer said he wasn't surprised by it.

"I wasn't shocked because, we have to remember, he served seven years. It's not like he just walked out of jail. There was a lot of disagreement about the length of his sentence, and it's not a pardon, it's a commutation," he said. "A pardon would have surprised me."
Report a correction or typo
Related topics:
politicschicagoloopdonald trumprod blagojevichprison
Copyright © 2022 WLS-TV. All Rights Reserved.
TOP STORIES
Teen killed in Noble Square shooting: CPD
Some issues arise on 1st day of USPS free COVID tests
400M N95 masks available to the public for free starting next week
Website for free COVID tests is here. How does it work?
Chicago man arrested in deadly Schiller Park hit-and-run crash
Cracker Barrel to pay $9.4M after man was served glass with chemical
Video: Burglars break into NW Side liquor store, steal cash register
Show More
Man charged in Kenosha Co. bar shooting guilty on all counts
Teens allowed to drive big rigs in new federal program
Preckwinkle calls for justice in Chicago Lawn shooting of hairstylist
French actor Gaspard Ulliel dies after ski accident
IN bill limits workplace COVID-19 vaccine requirements
More TOP STORIES News