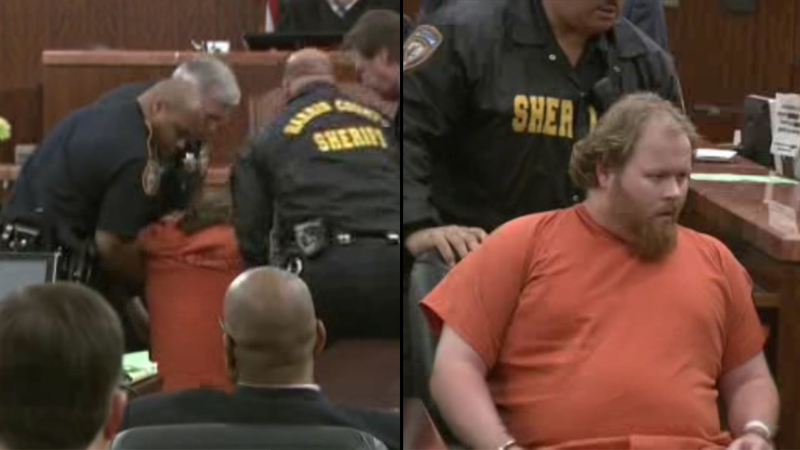 HOUSTON -- Ron Lee Haskell, the man accused of killing six family members at a home in Spring, Texas, collapsed during a reading of allegations against him in a Harris County courtroom Friday.

Haskell, 33, was then wheeled back out of the courtroom in a wheelchair. His attorney, Doug Durham, spoke to the media after the collapse saying his client is mentally ill.


Durham, is a private attorney and former federal prosecutor. He is not a public defender and took Haskell's case at the request of the judge. Durham is a close friend and former office mate of Criminal Defense Attorney George Parnham, the man who defended Andrea Yates.

Haskell faces capital murder charges in the killing of six family members. Stephen and Katie Stay were found dead in their Spring home Wednesday night. Four of their children died in the shooting. Their 15-year-old sister Cassidy Stay is the only survivor.

Haskell is accused of tying the family up before shooting them execution style. Prosecutors believe the motive was Haskell's divorce proceedings from Katie's sister. Her sister had moved from Utah to the Houston area along with the children she shared with Haskell. Records show he's been accused of domestic violence before.

After Haskell collapsed during this morning's hearing, Prosecutor Tammy Thomas said "maybe reality is finally setting in and he is facing his consequences."