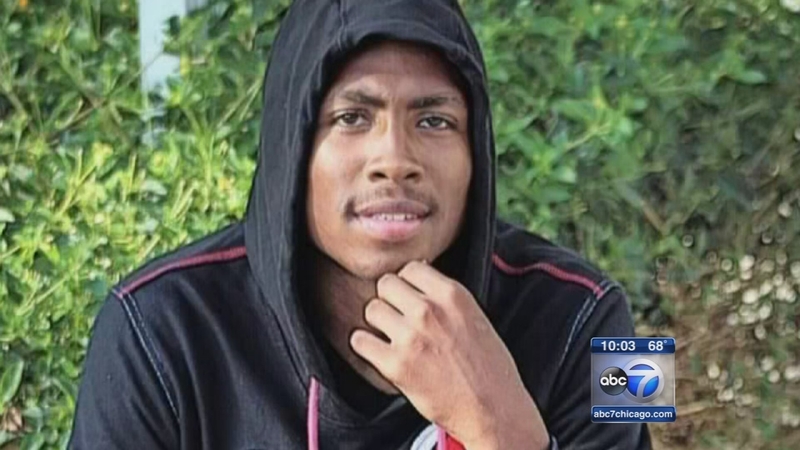 CHICAGO (WLS) -- A former Simeon High School basketball standout was fatally shot on his 20th birthday after leaving Chicago to escape the violence.

Saieed Ivey was celebrating in suburban Los Angeles when he was shot. Officers found him unresponsive in the back seat of a locked Mercedes Benz sedan early Thursday morning. Paramedics determined he had been shot in the upper torso.
EMBED More News Videos

The body of East Los Angeles College basketball player Saieed Ivey was found with a gunshot wound in the back of a Mercedes-Benz Thursday in Monterey Park, authorities said.

At Governors State, he was an honor roll student. His former coach, Anthony Bates, said Ivey's move to California was a chance to escape Chicago's violence.

"Going out to L.A., he kind of wanted to get away from a couple of things, and it just shows you that the problems that we have here in Chicago are nationwide," Bates said.

Ivey's mother and grandfather flew to Los Angeles, where Ivey had moved to play basketball for East Los Angeles College. Chareda Carter said she was just looking to find out what happened to her son.

A body was found in the back of a Mercedes-Benz in Monterey Park on Thursday, June 9, 2016, officials said.

Lt. Eddie Hernandez with the Los Angeles County Sheriff's Homicide Bureau said Ivey was out with some friends and his brother in the Los Angeles area celebrating his birthday.

Afterward they returned to the apartment he shares with his brother to continue celebrating with other people. Sometime after they got back, Ivey told others he was going to go sit in a car that belongs to someone with his group.

"For this to happen, leaving Chicago to come here. And this happened, while pursuing the dream. It's just tragic, it's just totally tragic," his grandfather said.

Sometime after that, a neighbor called police with a report of hearing a gunshot.

Hernandez said there was some arguing and yelling heard at the time, but it wasn't clear if it was prior to the shooting or after he was discovered.

No one is in custody at this time. Police have not offered a motive in the shooting.