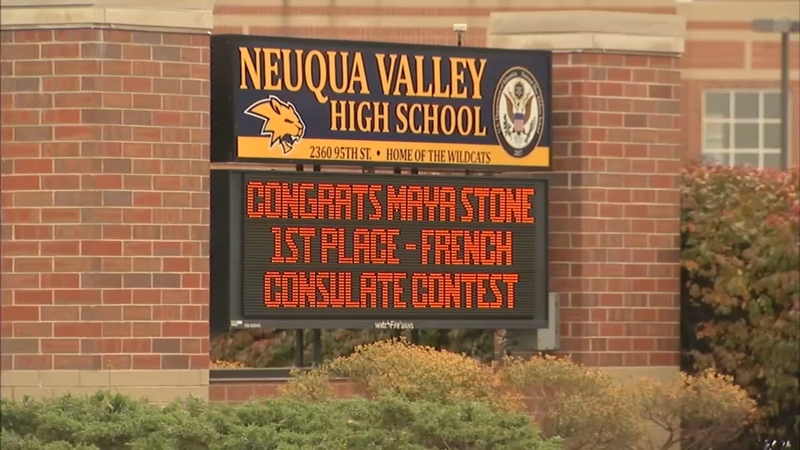 The school was evacuated at noon Tuesday, according to an email that was sent to parents. All students and staff were safe, according to the email.

School officials initially did not specify what the threat was, but Naperville police later referred to it as a bomb threat.

A Naperville police source told ABC7 Eyewitness News that the threat, which claimed there were explosives present at the school, was made online and detected by the Department of Homeland Security. The FBI is involved in the investigation as well, according to this police source.

Authorities have not determined the source of the threat, nor whether it was credible.

Naperville police gave the campus the all-clear at about 3:15 p.m.