WLS
By Diane Pathieu and Michelle Gallardo
CHICAGO (WLS) -- The search for a missing sailor's body who went overboard during the Race to Mackinac continued Monday.

Many boaters have crossed the finish line Monday, but that comes as there's no sign of the sailor who went overboard in Lake Michigan.

Jon Santarelli, 53, was making a routine adjustment on the sail of the boat he was on during the race on Saturday. In that moment, a large wave swept over him, tossing him overboard. The crew was four miles offshore.

They were less than 40 minutes into their wave start during the Chicago Yatch Club's annual Race to Mackinac Saturday, when the Imedi was hit by a large wave, sending crew member Jon Santarelli into the water.

Sarah Renz was onboard the Merlin just a couple of boat lengths in front when the call of a man overboard went out.

"We had descriptions immediately about what he was wearing so we could identify by color what would be in the water," said Sarah Renz with Chicago Yacht Club. "This team immediately jumped into action as many did. So it wasn't even a question as we realized and we went through the search and we covered a huge grid, a 47-mile grid as a team out there."

Two days later, as the effort to recover his body continues, The Chicago Police Department's Marine Unit has deployed patrols to the area in which Santorelli was last seen, but water conditions are making it difficult to do anything other than surface searches.

"Without being able to run the sonar to get a really clear picture of what's going on, all we can use is our depth sounders that we have on the boat, but it's hard to pick anything up without that specialized equipment," said CPD Marine Unit Sgt. Lucas Wise.

Race organizers say the 53-year-old was last seen trying to swim towards a flotation device thrown into the water after his life vest failed to deploy.
EMBED More News Videos

The search is still underway for a sailor who went missing during the Race to Mackinac.

Competing boats that were in the vicinity suspended their race to help with the search, joining in with the U.S. Coast Guard, the fire department and the police department's marine unit. The search was called off at sunset. His friends are in disbelief.
"Jon was just the heart of the Chicago sailing community and by any account of anybody that knew him, they would tell you the same thing," said Matt Knighton, Santarelli's friend. "It's hard because every time I think about him now, at least for me, I keep seeing his smiling face."

"You cannot participate in this sport and when something happens to one of your fellow sailors and racers, it has a tremendous impact," said Nick Berberian of the Chicago Yacht Club.

The conditions Saturday were tough, with about six foot waves. But race officials say these sailors are very experienced and used to rough conditions on the water.

Meanwhile on Mackinac Island, news of Santarelli's death continues to spread among the arriving sailboats and their crews.

"We're greeting them on the dock and we have flags at half-mast and it, we're doing our best... They really want us to recognize the support of this community, and what an amazing community it is, with your highs and your lows. We're a big family," said Renz.

A tribute for John Santarelli will be held during Tuesday's awards ceremony on Mackinac Island. 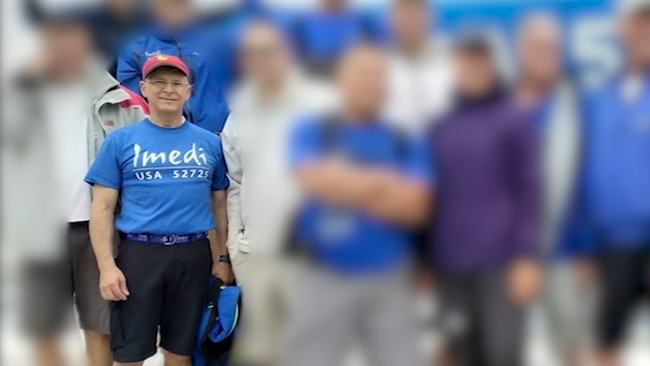 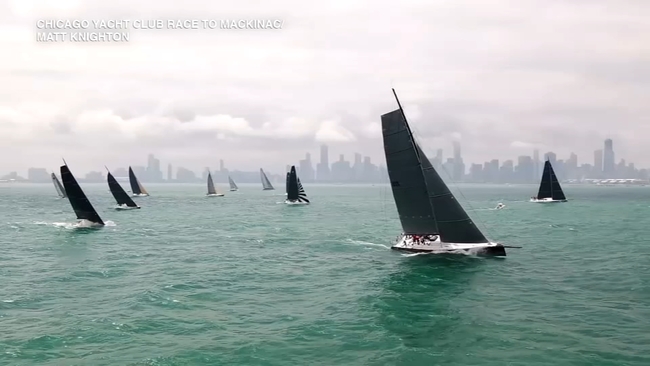