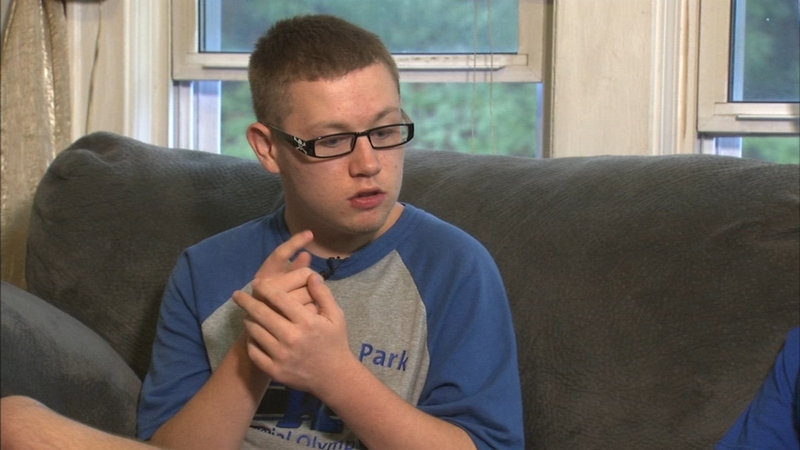 CHICAGO (WLS) -- David Langley's mother Philomena O'Connor says her son has always had a sign language interpreter assigned to him. But that changed when he was transferred to a new school. First she called CPS. And then she called ABC7.

The 17-year-old high school senior relies on sign language to learn. But when classes started Tuesday at Vaughn Occupational High School, there was no sign language interpreter available as required by his Individualized Education Program.

"He's been lip reading, but he's losing communication because he's not catching all the words," said his mother. "It's like me trying to read another language that I don't know. I've done a lot of crying this week."

David's mother says administrators had no answer when she asked when an interpreter would be assigned.

Adding to the upheaval, David's mother says CPS notified her just last week that her son was being transferred to Vaughn, a special needs school.

In a statement, CPS spokesperson Emily Bolton said, "Supporting diverse learners and ensuring they have the support they need to be successful is a top priority for the district. Due to the student's transfer, there was a brief disconnect in services and the student will have a sign language interpreter tomorrow and moving forward. We regret this lapse in service and we are providing extra supports to the student to ensure they have what is needed to complete their coursework."

"It shouldn't be like this, you know. I shouldn't have to fight constantly to get him what is in his IEP," said O'Connor.