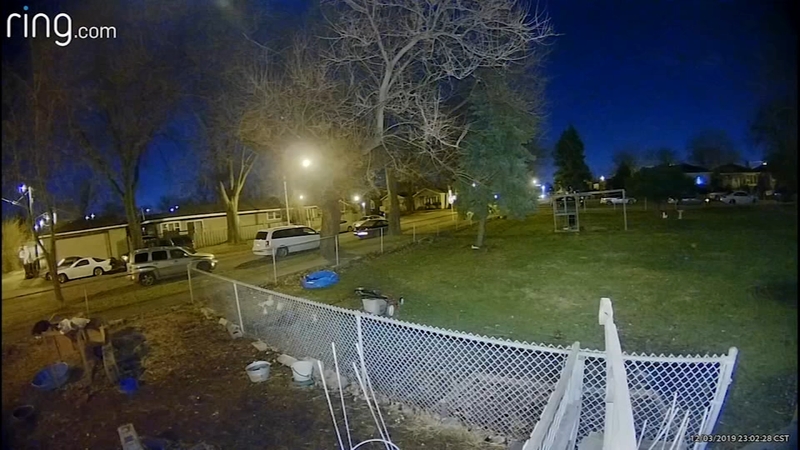 CHICAGO (WLS) -- A doorbell camera captured the frightening moment when a 23-year-old Austin man was shot and killed Tuesday in Sleepy Hollow on the Southwest Side.

According to Chicago police, around 11 p.m. the man was driving westbound on 45th Street when someone fired shots at him from the street in the 4500-block of Knox Avenue.

The man was struck in the head, and his SUV crashed into a fence of a home nearby. He was transported to Mt. Sinai Hospital where he was pronounced dead.

The victim has been identified as Maurice Patterson, of Austin, the Cook County Medical Examiner's Office said.

A doorbell camera captured the frightening moment when a 23-year-old man was shot and killed Tuesday in Sleepy Hollow on the Southwest Side.

In the doorbell video, you can hear what sounds like gunshots followed by a person seen running down the sidewalk on South Knox Avenue past the camera.