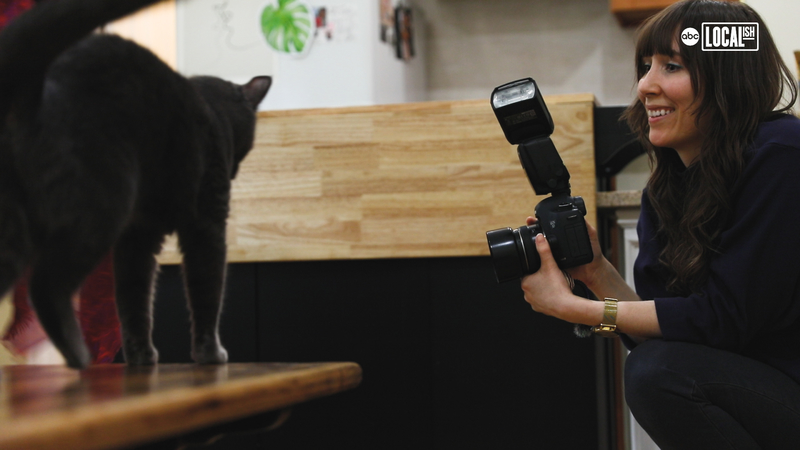 BROOKLYN, New York -- "Crazy cat lady" is a well-known stereotype often used as an indicator of a lifetime of spinsterhood for single women.

But Brianne Wills is trying to debunk the feline-focused stereotype.

Brianne is a Brooklyn-based fashion photographer who moved to New York City in September 2014, with her husband and two rescue cats.

While networking and adjusting to her new city life, Brianne decided to start a photography project. Her initial project was to photograph women - in the comfort of their homes - in the nude.

While shooting her first nude model, the woman's cat popped into the frame. The model started to loosen up and play with her cat. Brianne continued to shoot. The images she was capturing were stunning.

She realized that the friendly, playful nature of the cat with their owner, was a wonderful visual.

Brianne named her photography project Girls and Their Cats. She started a blog and later an Instagram account to showcase her work.

Now, she has over 42 thousand followers on Instagram and her inbox is flooded with hundreds of emails of women around the country wanting to be photographed.