Chicago Police Department releases marijuana facts video on where you can, can't smoke 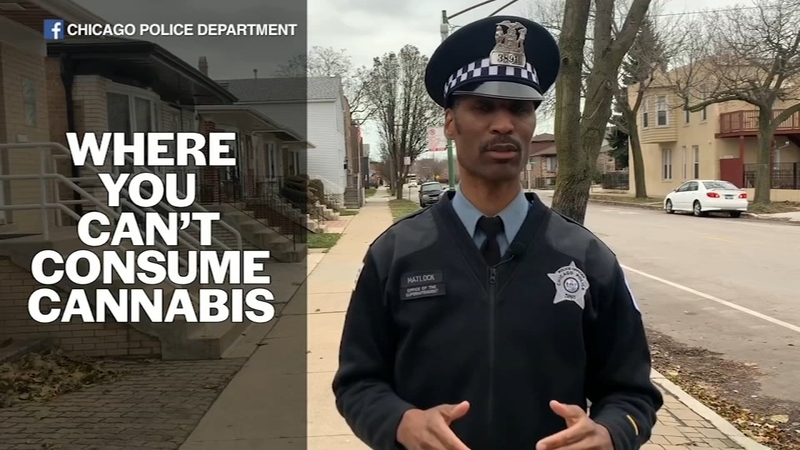 CPD releases marijuana facts video on where you can, can't smoke

CHICAGO (WLS) -- Recreational marijuana will become legal in Illinois starting January 1, but that doesn't mean you can spark up anywhere.

Some cities have voted to ban the sale and use of recreational marijuana for their residents.

RELATED: Will your city or town sell marijuana?

Recreational marijuana will be legal in Chicago, however Mayor Lightfoot approved an ordinance to prohibit the sale and use of marijuana downtown.

A few weeks ago the city also announced a public service campaign called Cannabis Facts Chicago, for those who plan to use recreational marijuana.

The Chicago Police Department has released a new social video detailing the places where it will still be illegal to consume marijuana around the city.

RELATED: Kenosha sheriff reminds residents marijuana will still be illegal in Wisconsin in 2020

In the video, CPD said it will be still be illegal to consume cannabis at the following: motor vehicles, CTA property including buses and trains, school grounds, restaurants and bars, or any "public place".

Officers described a public place as "any place where a person can reasonably be expected to be observed by others such as streets, sidewalks, parks and playground and front porches".

You can see the full video released by CPD on their Facebook page.