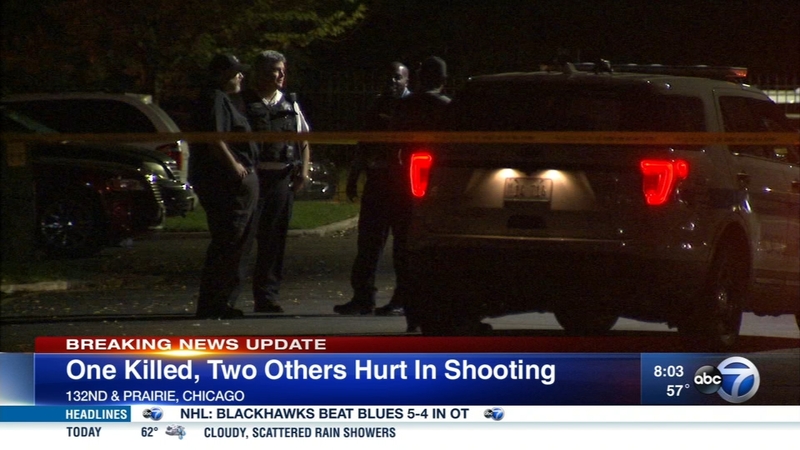 CHICAGO (WLS) -- A man died and a woman and man were wounded in a shooting Saturday night during a memorial gathering on the Far South Side.

James W. Garrett, 18, and another man and a woman were at an outdoor gathering at 8 p.m. in the 13200 block of South Prairie Avenue when shots rang out, according to Chicago police and the Cook County medical examiner's office. Witnesses told police that a female and male pulled out weapons during an altercation and opened fire on the group.

People had gathered to memorialize and say goodbye to someone who had passed away, witnesses said.

Garrett and the other man, 48, were struck in the body and taken to Christ Medical Center in Oak Lawn, police said.

The older man's condition stabilized, but Garrett was in serious condition until he was pronounced dead at 8:55 p.m. Saturday, police said.

The 20-year-old woman suffered a gunshot wound her arm and was taken to the University of Chicago Medical center, where her condition stabilized, police said.