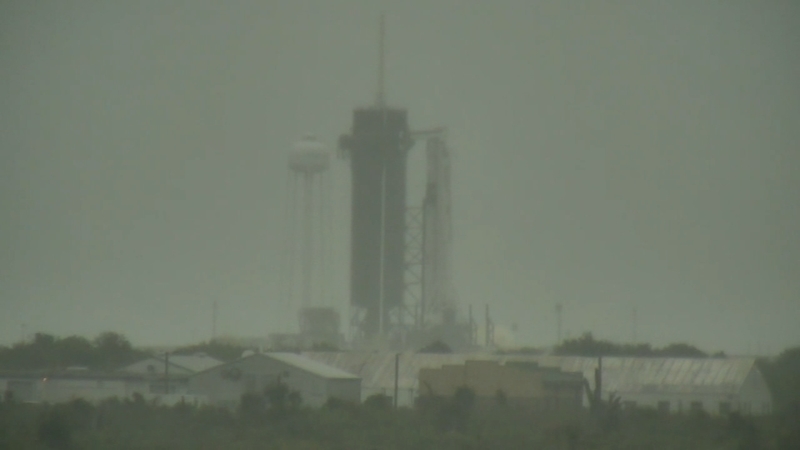 CAPE CANAVERAL, Florida -- It is starting to look better for a Space X launch at the Kennedy Space Center!

The weather is clearing and the first manned rocket built by Space X is still a go for launch.

SpaceX, NASA and the astronauts who spent five years getting to this launch date are at the mercy of the weather. But it seems to be cooperating at Kennedy Space Center. As of Tuesday midday, there is a 60 percent chance the weather will allow NASA and Space X to launch the Demo-2.

The weather has to be good at the launch site, in the upper atmosphere, over the booster recovery site, and at the abort locations in case something goes wrong.

The good news is, it looks like conditions are getting better, but still it is believed as of Wednesday, there will be a 60 percent chance of launching the Demo-2.

NASA says this launch is set for 4:33 p.m. EST Wednesday, as long as everything goes according to plan.

This will be a historic launch with American astronauts in a commercially built American space craft, launching from American soil.

NASA Administrator Jim Bridenstine said, "Our country has been through a lot but this is a unique moment where all of America can take a moment and look at our country do something stunning again, and that is launch American astronauts on American rockets from American soil."

Because of the COVID-19 pandemic, only a handful of observers will be at Kennedy Space Center. Fewer than 10 astronauts will be on hand, but astronaut Nicole Mann will be there.

"This is not just about one launch, right, this is launch America," Mann said. "It is not launch NASA, it is launch America and it is huge. My son is 8 years old, so he's never seen Americans launch from the United States, ever."

"The ultimate goal for us as astronauts and test pilots is just to go up there and prove out the mission and to bring the vehicle home safely," Hurley said.

If the weather gets in the way, NASA and SpaceX will try again on Saturday and Sunday.