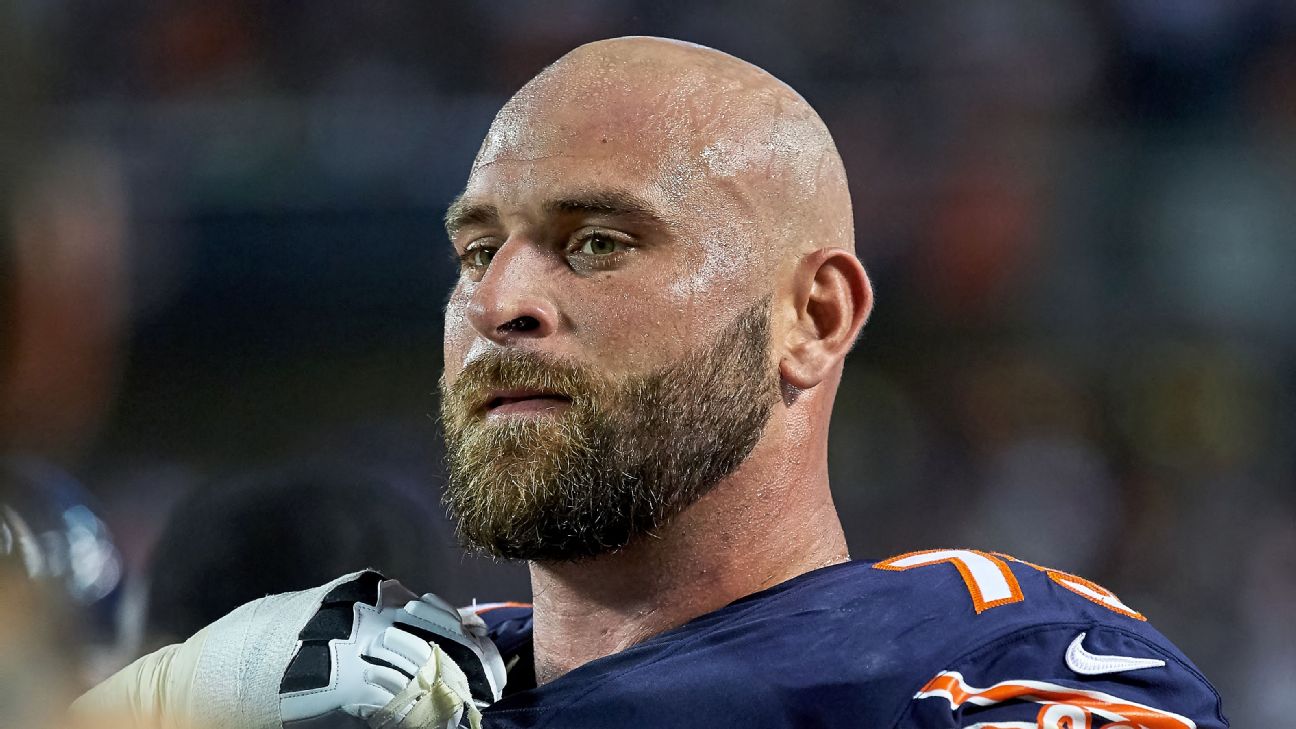 Bears coach Matt Nagy hinted on Friday that Long could be on a snap count if he played against the Vikings.

Long was placed on injured reserve with a right foot injury on Nov. 3, making him eligible to return in Week 17. The Bears currently are scheduled to host a playoff game the following week, but a victory over the Vikings and a loss by the Rams to the 49ers would give a first-round bye to the Bears -- as well as an opportunity to host the NFC divisional playoff at Soldier Field.

"I've never been a part of [the playoffs]," Long said Wednesday. "And I know how hard this team has worked since day one. The first meeting with Coach Nagy, the first meeting was the day I got my Ed Block Courage Award. And it's kind of ironic that now I get the chance to come back and help my team.

Unfortunately, Long is no stranger to injuries.

Long suffered a gruesome ankle injury in 2016 that cost him the final eight games that year and the first two games of the 2017 season. Last year, Long missed six games with a variety of ailments. He underwent neck, shoulder and elbow surgeries in the offseason, but he returned in time to start the Bears' first seven games this season.

The Bears released veteran quarterback Tyler Bray to make room for Long on the 53-man roster.