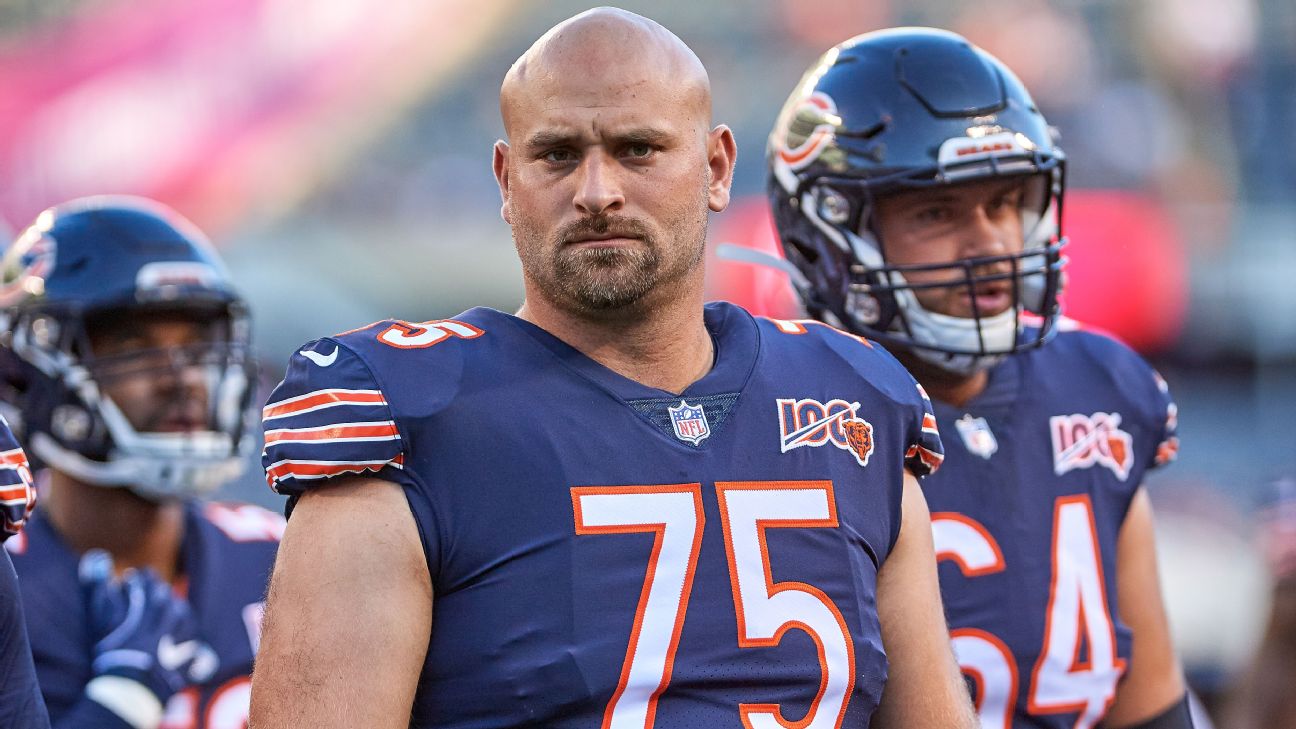 Long has ended up on injured reserve in each of the past four seasons. He managed to return in Week 17 of the 2018 season and started in a home wild-card loss to the Philadelphia Eagles.

This year was supposed to be a new beginning for Long, who was healthy enough to participate in the offseason program and training camp.

But while Long opened the regular season in good shape, he suffered a hip injury during practice leading up to the game against the Minnesota Vikings on Sept. 29. He was inactive for that game, but returned to the starting lineup against the Oakland Raiders in London on Oct. 6.

The Bears decided over their recently completed bye week that they would be better off with Long on injured reserve.

"There's wear and tear," coach Matt Nagy said Monday. "He's been in the league a little while, too. You get some of that. It's something that, for him, for where we were at, it was the best decision that we can make. These are decisions that we got to make. It was collaborative for all of us."

The 30-year-old Long, who took a pay cut in the offseason and is only under contract through 2020, is at a career crossroads. He has no more guaranteed money left on his deal and is due a $2 million roster bonus on the third day of the 2020 league year.

"It definitely sucks because I mean, I saw it," teammate Charles Leno said. "I told him I've seen how dominant he was. Literally seen him pick 350-pound guys up off the ground. That's really hard to do if you guys don't know. He would do that consistently. It just really sucks cause I remember what he used to do and I just wanted to always get him back there. It didn't happen, but you know it just sucks that he's not here now."

Drafted 20th overall by the Bears in 2013, Long missed just one game over his first three seasons, but he has since appeared in just 30 regular-season contests dating to 2016.

He suffered a gruesome ankle injury in 2016 that cost him the final eight games that year and the first two games of the 2017 season. Long ended up missing six games in 2017 with a variety of ailments, undergoing neck, shoulder and elbow surgeries in the offseason. He returned in time to start the Bears' first seven games the 2018 season before Chicago once again shut him down before his return in Week 17.
Report a correction or typo
Related topics:
sportsespnnflchicago bearskyle long
Copyright © 2020 ESPN Internet Ventures. All rights reserved.
More Videos
From CNN Newsource affiliates
TOP STORIES