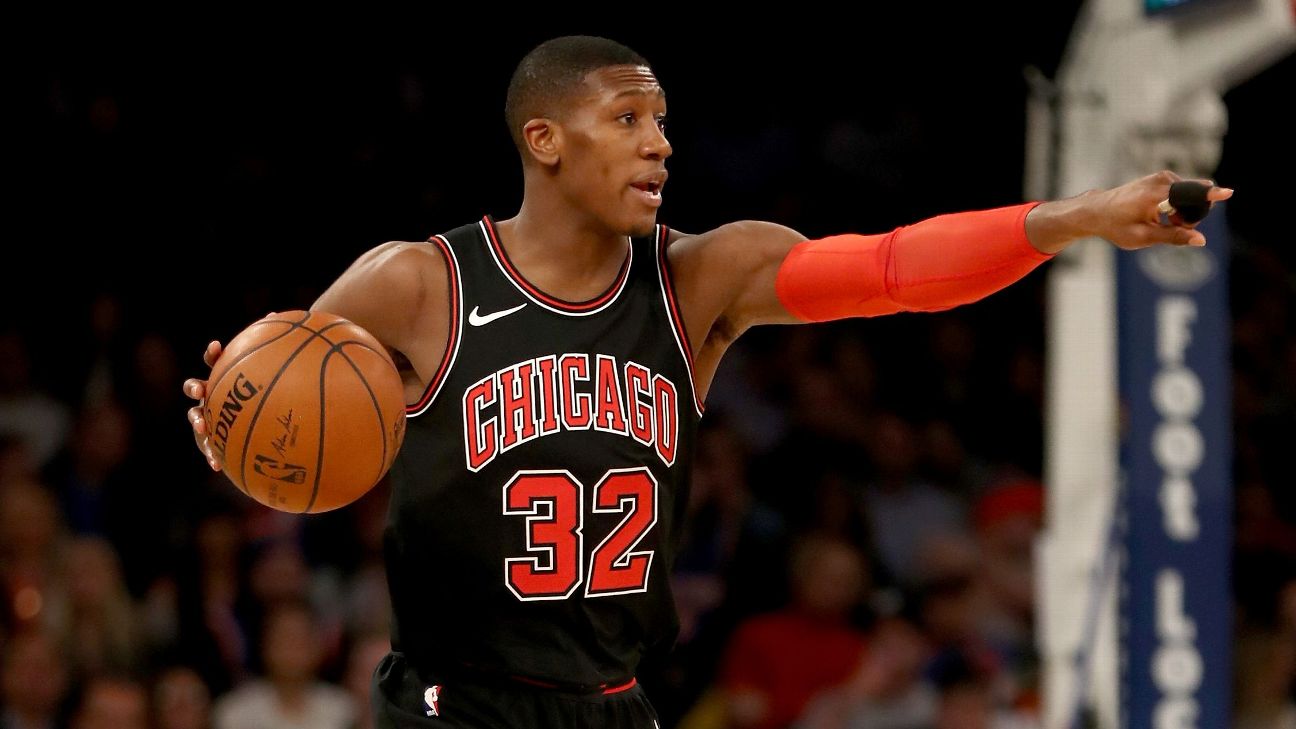 Chicago Bulls point guard Kris Dunn, who made his season debut Monday, will miss four to six weeks with a moderate sprain of the medial collateral ligament in his left knee, the team announced.

Dunn had nine points, seven assists and four rebounds in 30 minutes during Monday's 115-109 loss to the Mavericks.

Dunn had missed the Bulls' first two games because of the birth of his child. Cameron Payne started in his place.

Bulls coach Fred Hoiberg said he didn't yet know who would start for Dunn, since he had just learned about the injury.

"It's tough," he said. "We obviously missed Kris in our first two games. Now to have him out of the lineup for an extended period, it's extremely difficult. When you have a guy who is out there and really made strides over the course of last season and the summer he had and the way he played during training camp, it's difficult to miss him."

The Bulls are already without rising star Lauri Markkanen, who was shelved at the end of September for six to eight weeks with an elbow injury.

"Same obviously goes with Lauri with the summer he had," Hoiberg said. "It is what it is. Nobody is going to feel sorry for us. It's next man up, ready to go. It gives guys great opportunity to show what they can do."