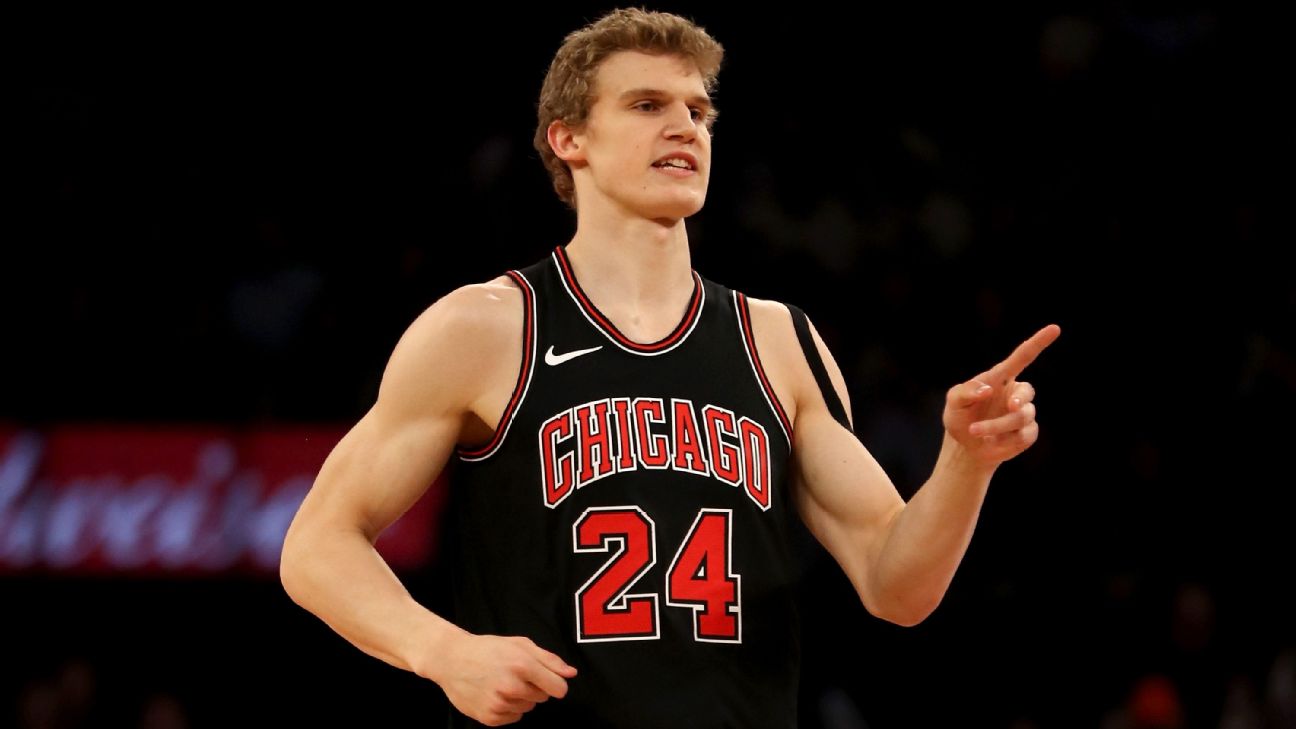 The Bulls have exercised their third-year option on forward Lauri Markkanen and the fourth-year options on guards Kris Dunn and Denzel Valentine.

Dunn, Valentine and Markkanen have all missed extended time this season due to injury. Markkanen, whom management has labeled as a franchise building block, injured his elbow during training camp. The 21-year-old is expected to return as early as mid-to-late November. Bobby Portis replaced Markkanen in the starting lineup early on, but last week he suffered a sprained MCL. Rookie Chandler Hutchison has picked up those minutes.

Valentine was initially diagnosed with a sprained ankle and was expected to miss two weeks, but another examination revealed he had suffered a bone bruise and would miss more time.

On Oct. 23, coach Fred Hoiberg announced Dunn would miss 4-6 weeks with a sprained MCL. He has already missed two games due to the birth of his son. Cameron Payne has replaced Dunn at starting point guard.

Markkanen and Dunn were acquired through a draft-night trade with Minnesota last season that also landed Zach LaVine on the Bulls in exchange for Jimmy Butler and a 2017 draft pick. Last season, Markkanen averaged 15.2 points, 7.5 rebounds and 1.2 assists. His performance earned him All-Rookie first team selection.