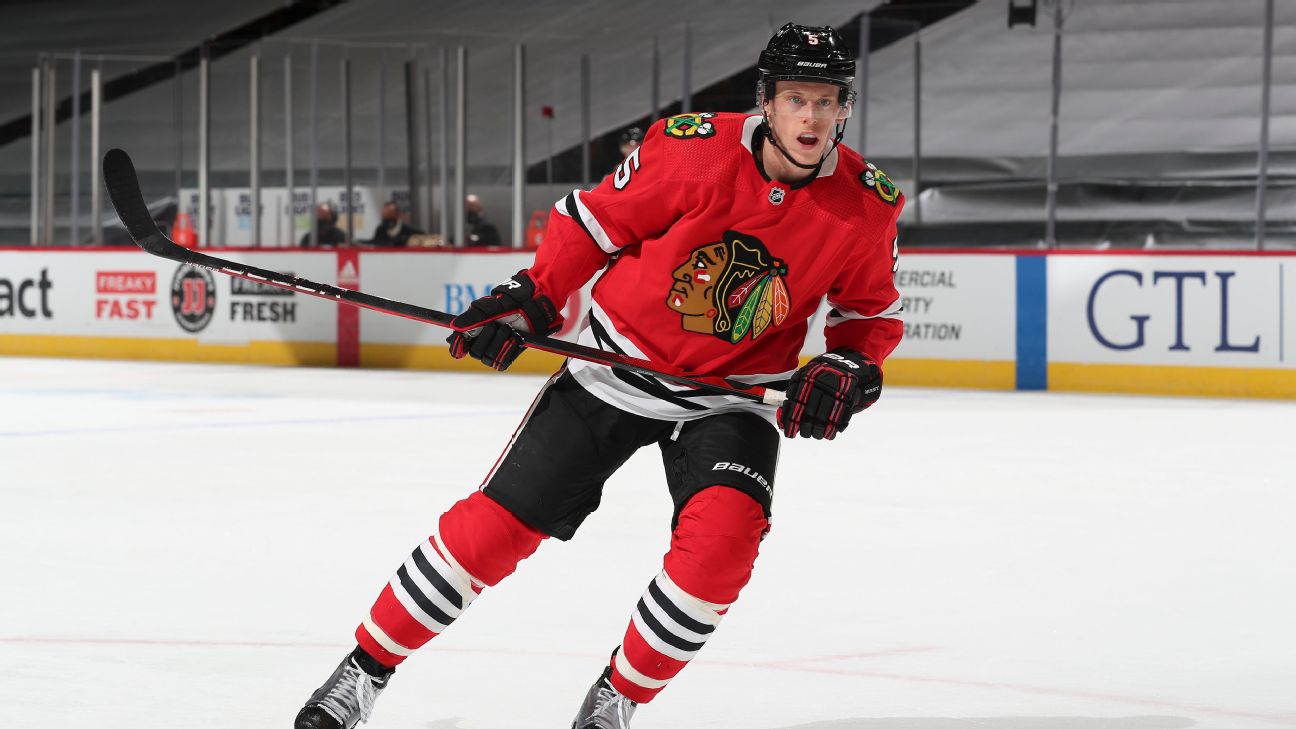 The 27-year-old Murphy had been sidelined by a right hip injury. He has two goals and three assists in 13 games, last playing in a 2-1 victory at Dallas on Feb. 7.


The Blackhawks also said forward Dylan Strome was in the concussion protocol. Strome was ruled out for practice Monday.

"I think he got hit a few games ago," coach Jeremy Colliton said. "He didn't feel anything, symptoms-wise. We were checking on him, obviously, I'm pretty sensitive to that stuff, and he felt good. But that happens sometimes, these symptoms are sometimes late arriving and, in talking to him, he hasn't felt as good the last little while."

Defenseman Lucas Carlsson was placed on IR with a strained groin. The move was made retroactive to Friday, and Carlsson is expected to miss 10 to 14 days.


"He's made more and more plays offensively here over the last few games, so unfortunate for him," Colliton said. "But he's just got to work at getting back as soon as he can and he'll be in the mix."