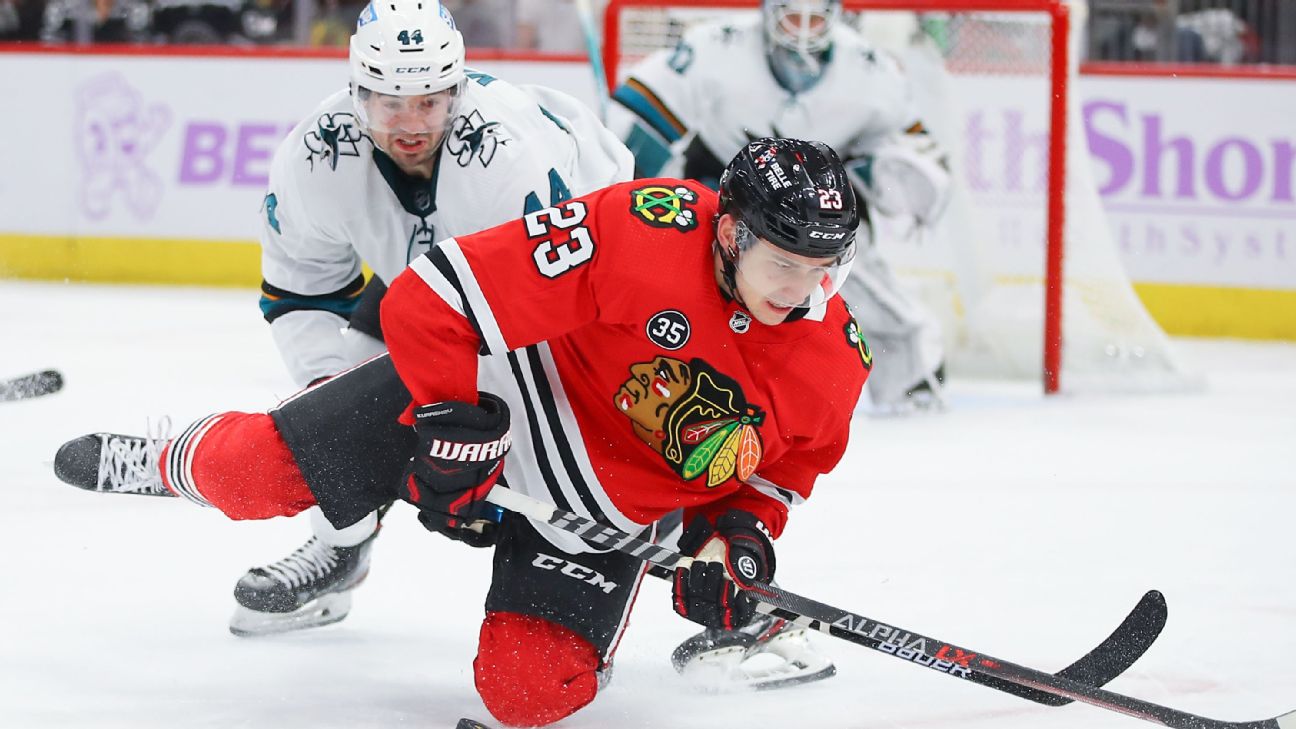 CHICAGO -- The Chicago Blackhawks demoted Philipp Kurashev on Monday, assigning the struggling forward to Rockford of the American Hockey League.

The 22-year-old Kurashev has no goals and five assists in 19 games. He had eight goals and eight assists in 54 games last season as a rookie.


Chicago opens a three-game trip at Washington on Thursday night. The Blackhawks (7-12-2) have scored just eight goals in their past five games.

Forward Josiah Slavin was recalled from Rockford. He is looking to make his NHL debut after he was selected by Chicago in the seventh round of the 2018 draft.

The 22-year-old Slavin is the younger brother of Carolina Hurricanes defenseman Jaccob Slavin.


The Blackhawks have high hopes for Kurashev, a fourth-round pick, No. 120 overall, in 2018. But he can accrue more minutes in the AHL, and his absence creates a surprise opportunity for Slavin, who is not seen as a major part of Chicago's rebuilding effort.

He was taken in the same draft as Kurashev, but Slavin fell to the seventh round, No. 193 overall, and played two seasons at Colorado College, a perennial power in Division I.