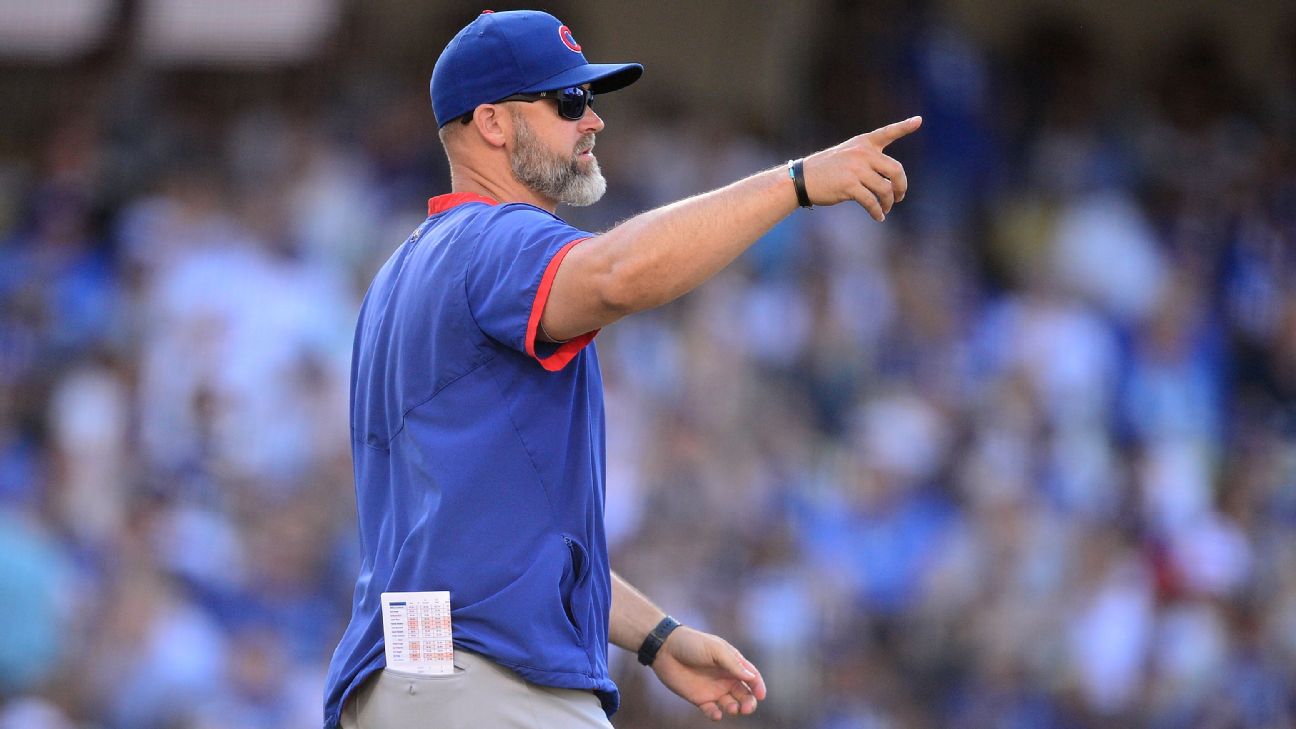 CHICAGO -- The Chicago Cubs are planning to keep manager David Ross around for the foreseeable future, Jed Hoyer, the team's president of baseball operations, reiterated Wednesday.

With Ross entering the final year of his contract in 2022, Hoyer indicated that talks for an extension are ongoing.


"David has done a fantastic job as manager," Hoyer said Wednesday. "He's learned a ton on the job. Even while learning, I think he's excelled.

"We've had some preliminary discussions on an extension. Our hope is that David is here for a long time."

Ross signed a three-year deal, with an option year, to replace Joe Maddon before the 2020 season. The Cubs won the NL Central that year but fell short in the playoffs. The team wasn't as fortunate in 2021 as an 11-game losing streak in June changed the course of the franchise's season.

The team subtracted players at the deadline, leading to a second-half collapse. The Cubs finished the season 71-91, giving Ross a 105-117 overall record in two seasons.

"At the end of this year, both sides realized this was the right time to make that break," Hoyer said of Iapoce.


Iapoce returned to the organization in 2018 after previously spending time as the franchise's minor league hitting coordinator while some of the Cubs' former stars were working their way up to the big leagues. With many of them moving on at this year's trade deadline, the team and Iapoce felt it was for him to move on as well.

Borzello has been with the organization for a decade and was instrumental as a pitching game planner leading up to the team's World Series win in 2016.

"Both sides felt 10 years was the right amount of time," Hoyer said.

Hoyer also indicated that he's getting to the latter stages of hiring a general manager after he was promoted from the position last November.