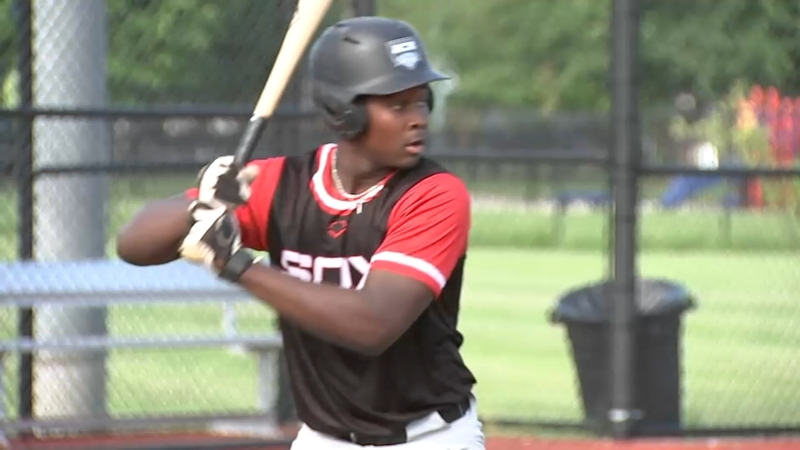 CHICAGO (WLS) -- They built it, and they came; this year's Field of Dreams game features the White Sox elite youth team comprised of athletes from Chicago's underserved neighborhoods.

"Definitely a wonderful thing, especially to be one of the first teams to play in an event like this," said right fielder Lance moon. "It's definitely an honorable moment from us."

The 14-year-old was born 18 years after the movie "Field of Dreams" was released, but he and his teammates are getting the chance to play on its famous field the day before the New York Yankees and White Sox square off there.

"It's amazing. They get the chance to be major league players for a couple days. They get the whole experience, getting interviewed. Living the dream," said team manager David Reed.

Oh, and it will be nationally televised.

It's an incredible opportunity for the group of 14-and-under players. The program is funded entirely by White Sox Charities, and is designed to promote baseball to deserving kids who might not otherwise have the opportunity to play high level travel baseball. They will play a similar team from New York.

Kind of an all-star team of Amateur City Elite players, they had their first practice as a team Thursday. The big game is less than a week away. But no worries.

The program has been a tremendous success; in a little over a decade more than 200 players have gotten college scholarships. A couple dozen have been drafted by major league teams. And the players are looking at this game as an opportunity for even more exposure.

"It's a great program and provides opportunities that wouldn't ordinarily be there for them," said program manager Kenny Fullman.