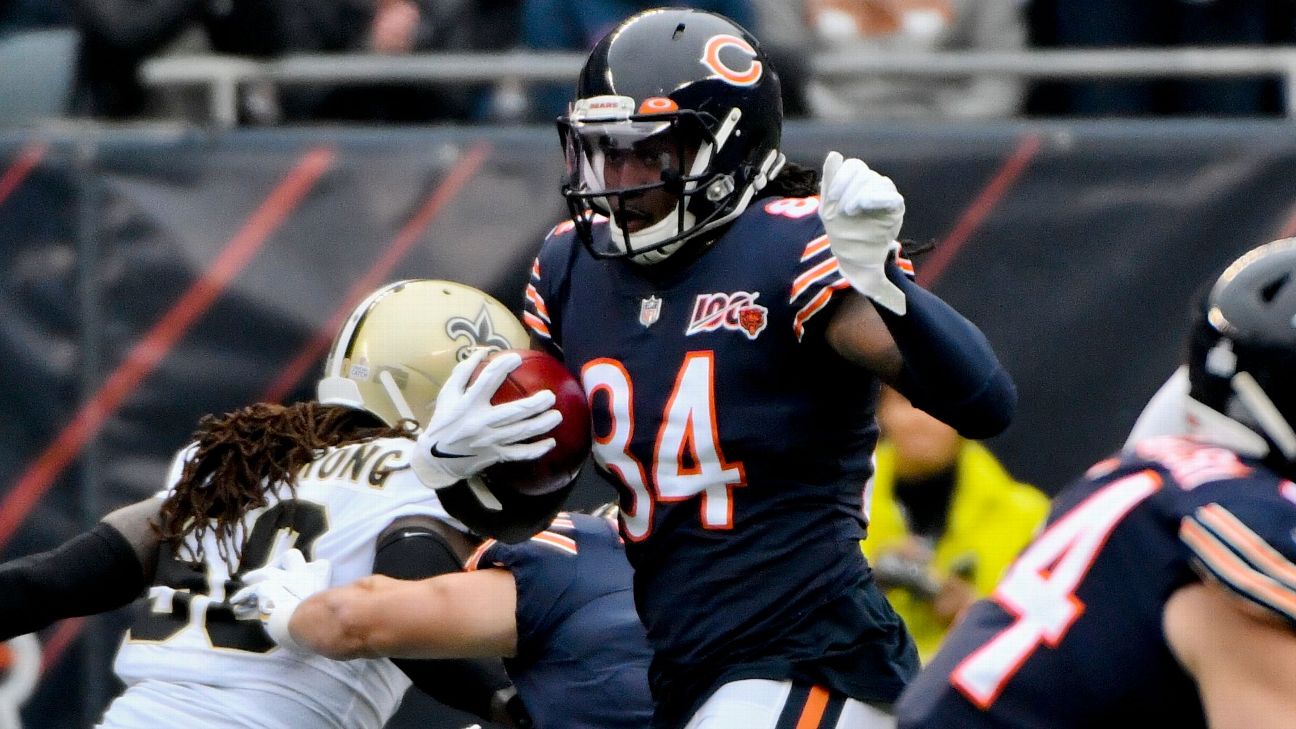 The New Orleans Saints had just jumped out to a 9-0 first quarter lead when Patterson fielded a kickoff 2 yards deep in his own end zone and outraced the Saints coverage unit 102 yards for a touchdown.

That marked Patterson's first kickoff-return touchdown as a member of the Bears but the third time he's taken a kickoff return for a touchdown at Soldier Field, which is the only NFL stadium where Patterson has scored multiple return touchdowns.

Patterson's kick-return touchdown was the first by a Bears player since Chris Williams in 2014 versus the Packers.

Patterson leads the NFL with seven kickoff-return touchdowns since he entered the league in 2013. No other player has more than two in that span, according to ESPN Stats & Information.

This was also his fifth career kickoff return of at least 100 yards, extending his own record for the most by any player in NFL history.
Report a correction or typo
Related topics:
sportsespncordarrelle pattersonnflchicago bears
Copyright © 2020 ESPN Internet Ventures. All rights reserved.
More Videos
From CNN Newsource affiliates
TOP STORIES