WLS
By ABC7 Team Coverage
CHICAGO (WLS) -- The Chicago Cubs are headed to the National League Championship Series. For the first time in team history, the Cubbies clinched a postseason series at Wrigley Field.

It was a dream come true for the boys in blue. Chicago won the National League Division Series for the first time since 2003 with a 6-4 victory over St. Louis. 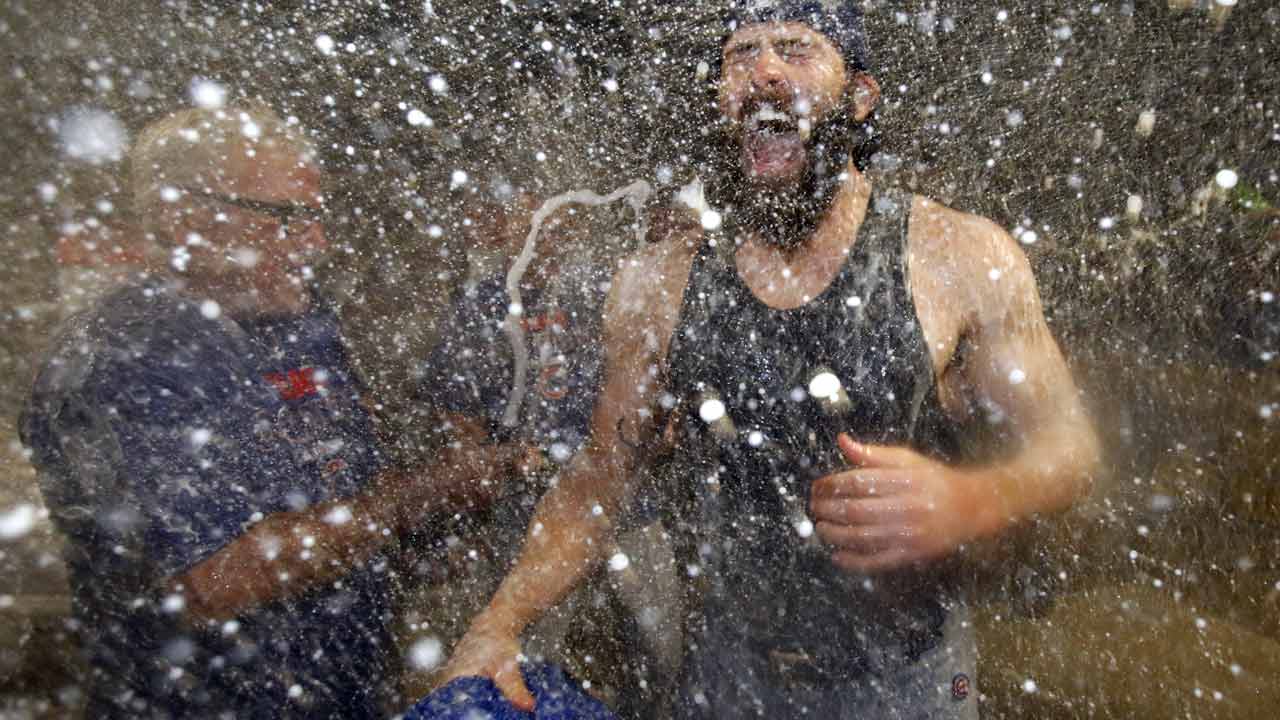 Once again, much of the credit is going to the younger players. Rookies Javier Baez and Kyle Schwarber, both 22, each hit home runs. So did first baseman Anthony Rizzo, 26. The crowd roared with each one. The bullpen did just enough to keep the Cardinals' bats at bay.

"I feel fortunate. This is what it's supposed to look like. We've just got to keep moving forward," said Joe Maddon, Cubs manager.

When the game ended, the reaction at Wrigley was explosive. With more than 42,000 fans packed into the stands, pandemonium erupted after the final out in the top of the ninth.

The players fueled a rowdy celebration, spraying champagne into the crowd. A number of fans swarmed the field. They answered a call of "Hey Chicago, what do you say?" with a cheer. They replied, "The Cubs are going to win today!"

Many Cubs fans have been waiting decades for this win. Sandy Rogmiss has had her tickets for 55 years.

"I have been waiting my whole life for this," Rogmiss said.

Tuesday night's celebration poured out of the ballpark into the streets. Fans were greeted by police officers who were happy with the win, but charged with keeping order.

Fans were directed east and west along Addison after the game ended around 7 p.m. Tuesday. They were not allowed to walk south on Clark Street to the Wrigleyville bar corridor where most of the trouble usually occurs. Bike patrols and street sweepers had Clark Street back to normal by 10 p.m.

Those who watched the game at Murphy's Bleachers and Cubby Bear were amped over the Cubs' victory, which is the fourth postseason win in team history.

"The Cubs are the best. I was a Cubs fan when I was born and I will be a Cubs fan until the day I die. If it's this year, next year or a hundred years from now, it doesn't matter because cubs are number one!" Beau Acevedo said.

Chicago will play Games 1 and 2 of the NLCS on the road despite having a better record than the Los Angeles Dodgers and the New York Mets. The Cubs will take on the winner of that matchup.

The famous curse blamed for the Cubs' losing streak in the past may finally be broken. At least one Cubs fan is convinced.

Evan Marinis brought his goat Littleton to the stadium last night to prove it.

"The majority of people are really excited. They love to take pictures. Then you have the people that are like, 'Get the goat out of here.' But he's reversed the curse and its working," Marinis said.

The "Curse of the Billy Goat" goes back to the last time the Cubs were in the World Series in 1945. Bar owner Billy Siannis supposedly placed a hex on the team after he and his pet goat were kicked out of Wrigley. 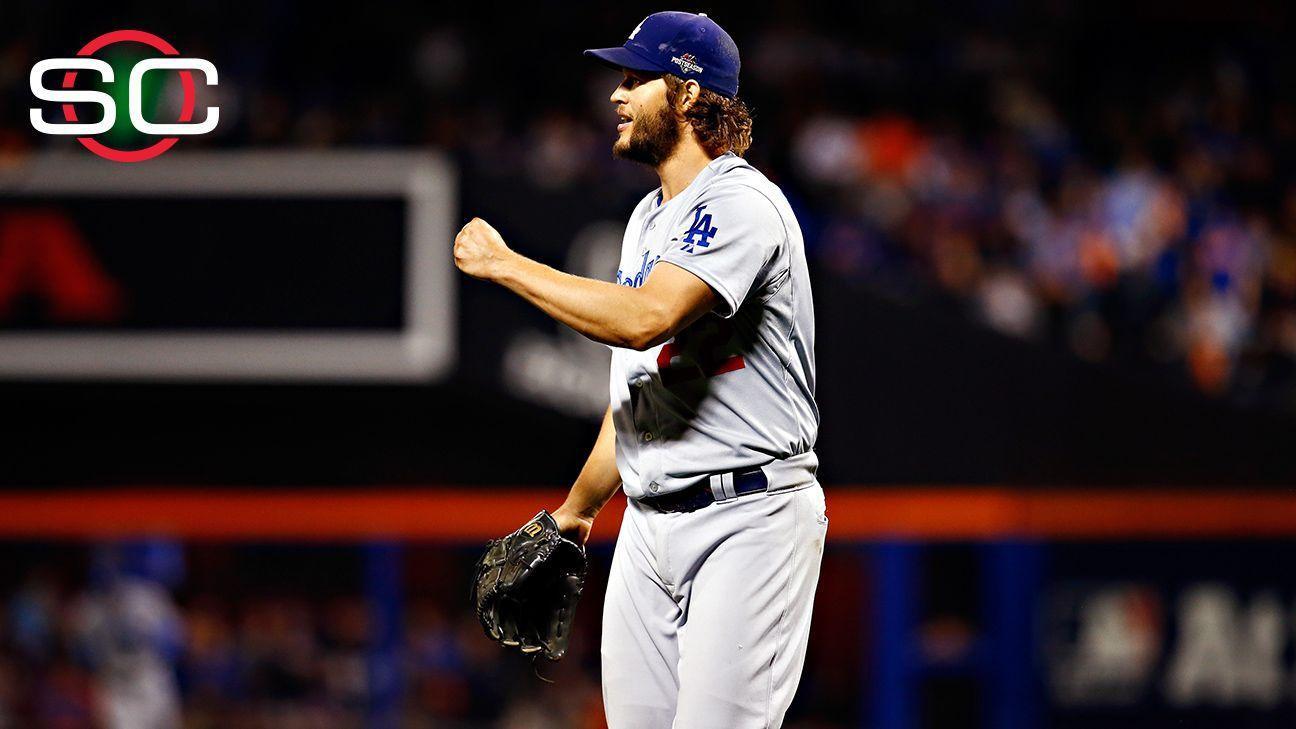 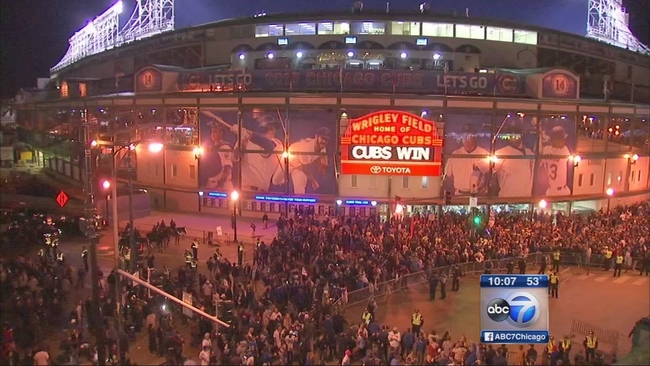 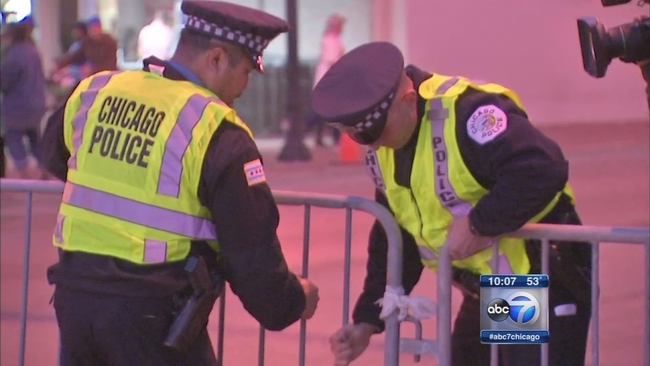 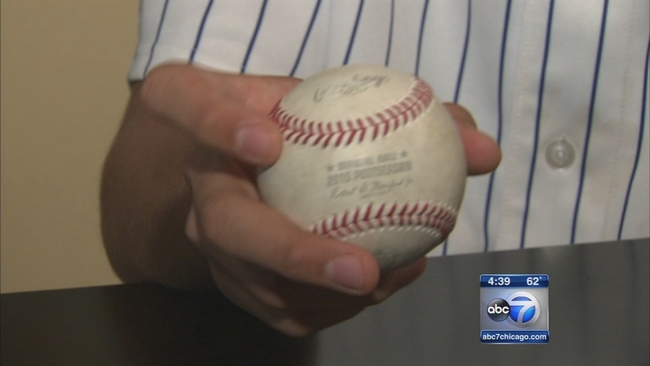