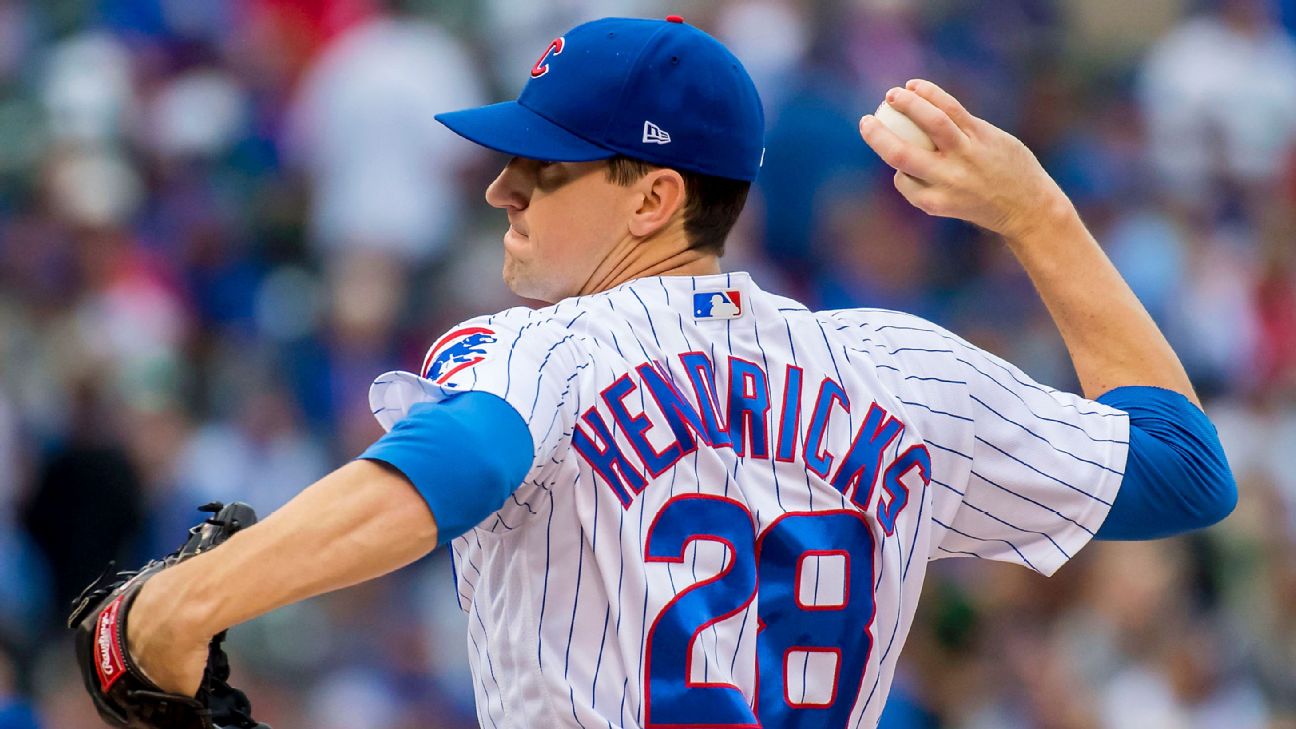 CHICAGO -- Coming off a seven run, 10-hit outing against the Arizona Diamondbacks, Chicago Cubs pitcher Kyle Hendricks vowed a better mental approach and more "conviction" to his pitches. He doubted himself on the mound seven days ago but quickly flipped the script with a dominating performance against the St. Louis Cardinals on Friday.

Hendricks, 29, threw an 81-pitch complete-game shutout, the fewest pitches in a shutout in the majors since 2012.

"Got a little lucky today, honestly," Hendricks said nonchalantly after the 4-0 win. "Made a lot of good pitches, early."

He got quick outs and pumped the strike zone to a tune of 78.8 percent strikes. That's the highest strike percentage by a starter this season (minimum five innings). Of his 81 pitches, 63 were in the strike zone and/or swung at.

"The craziest part was he only threw 18 balls," teammate Jon Lester said. "That's two an inning. That stat is more impressive than the 81 pitches."

First baseman Anthony Rizzo added: "When you throw 81 pitches through nine innings, it's something you don't see on a yearly basis. I'm sure there's a stat out there that someone has, probably hasn't happened in a little while."

In fact, there are a several stats that put the outing in perspective. According to ESPN Stats & Information research, Hendricks threw the fewest pitches in a shutout by a Cub since Jon Lieber in 2001. It's also the first time a Cubs hurler threw a complete game in fewer than 100 pitches since Carlos Zambrano in 2009. Both those former pitchers were in attendance on Friday, witnessing a masterpiece. Hendricks was asked if he was following his tiny pitch count as he went deeper into the game.

"A few of the times I looked up and noticed it was really low," he answered. "Willy [Contreras] and I recognized how aggressive they were, early."

Hendricks is no stranger to throwing gems as he was baseball's ERA leader in 2016. But he has been a slow starter over the past three seasons -- he entered Friday's game with a 5.33 ERA. That dropped precipitously as he gave up only four hits without issuing a free pass.

"He was really dotting the fastball nicely," manager Joe Maddon said. "There was good movement. Then he broke out the curveball. When he adds another pitch to his mix ... it becomes more difficult.

The victory was the fifth in a row for the surging Cubs, who are just 1 games behind the Cardinals for the division lead. After a 2-7 start, they're 15-5, thanks to a starting staff that has dominated since the team's opening nine-game road trip. Hendricks was so good and so efficient on Friday, he was jokingly asked if he was available for Saturday's game.

"For sure, for sure," he laughed. "It felt a little bit like a bullpen [session]."

Then he got serious and described what went right. We'll find out soon if he has turned the corner for 2019, but for one day, he truly looked like the guy many compare him to: Greg Maddux. After all, on Friday he threw a "Maddux" -- the unofficial term for throwing a complete game in fewer than 100 pitches. Hendricks had 19 to spare.

"I was convicted to every call we made," Hendricks said. "I was trying to keep my focus, make a good pitch. In my last one, I did a terrible job of that, my mental approach. ... This was better." 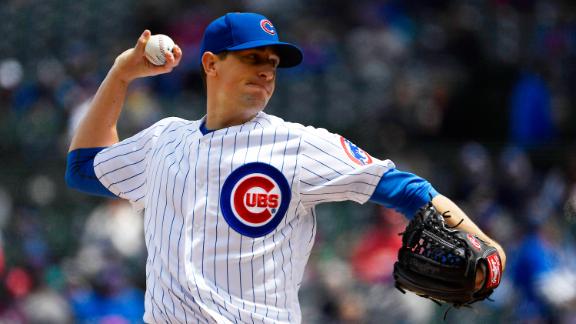