Cubs' Kyle Hendricks to start on opening day against Brewers 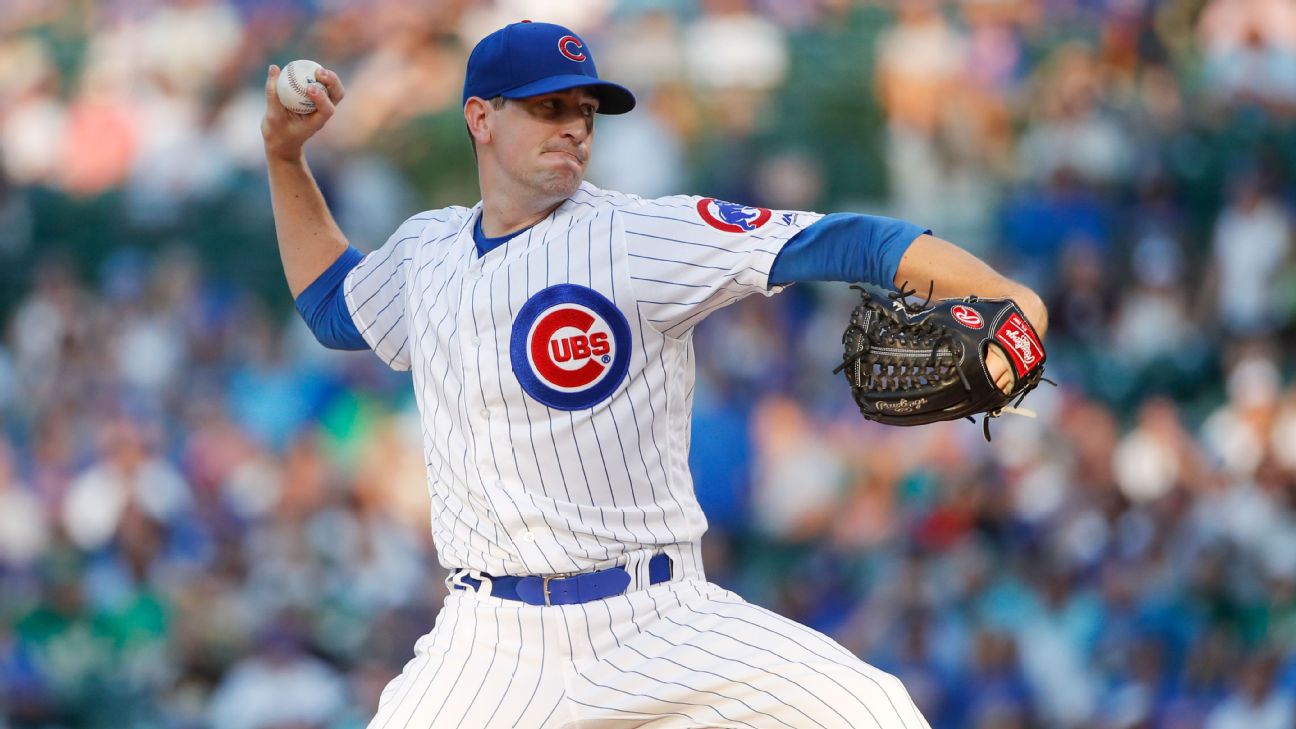 CHICAGO -- Chicago Cubs veteran Kyle Hendricks will get his first Opening Day start next Friday, getting the nod over teammate Yu Darvish.

Darvish will pitch Game 2 against the Milwaukee Brewers.


"I'm just excited to get back on the field and having them start to count," Hendricks said on Thursday, in his usual understated fashion.

Hendricks, 30, isn't a stranger to big games. He beat Clayton Kershaw and theLos Angeles Dodgersto clinch the pennant back in 2016, then started Game 7 of World Series that year.

Manager David Ross said Hendricks is stretched out and ready for the shortened season as much as anyone on the Cubs staff.

"When I first got here, the narrative was he couldn't go through the lineup three times, which makes me laugh now," Ross said. "He knows how to read swings."

Hendricks led the majors with a 2.16 ERA in 2016 before becoming a playoff hero. The Cubs acquired the former eighth-round draft pick of the Texas Rangers in 2012 for righty Ryan Dempster. The trade has provided huge dividends.

Hendricks doesn't throw hard, relying on movement rather than velocity to induce weak contact. His game has reminded many of former Cubs righty Greg Maddux.

It took time for Hendricks to prove himself as he began his career as a late-in-the rotation pitcher. But now he's a mainstay and could provide Ross, the Cubs' first-year manager, with a major memory.

"When you think about getting the first (career) win, if its Kyle Hendricks the guy whose name is going to be on that, that's super exciting for me," Ross said. "It doesn't matter if it's a scrimmage for us or Game 7, I've seen the same guy."
Report a correction or typo
Related topics:
sportsespnnewsmlbchicago cubskyle hendricks
Copyright © 2020 ESPN Internet Ventures. All rights reserved.
More Videos
From CNN Newsource affiliates
TOP STORIES