Cubs partner with Muslim organizations in wake of emails 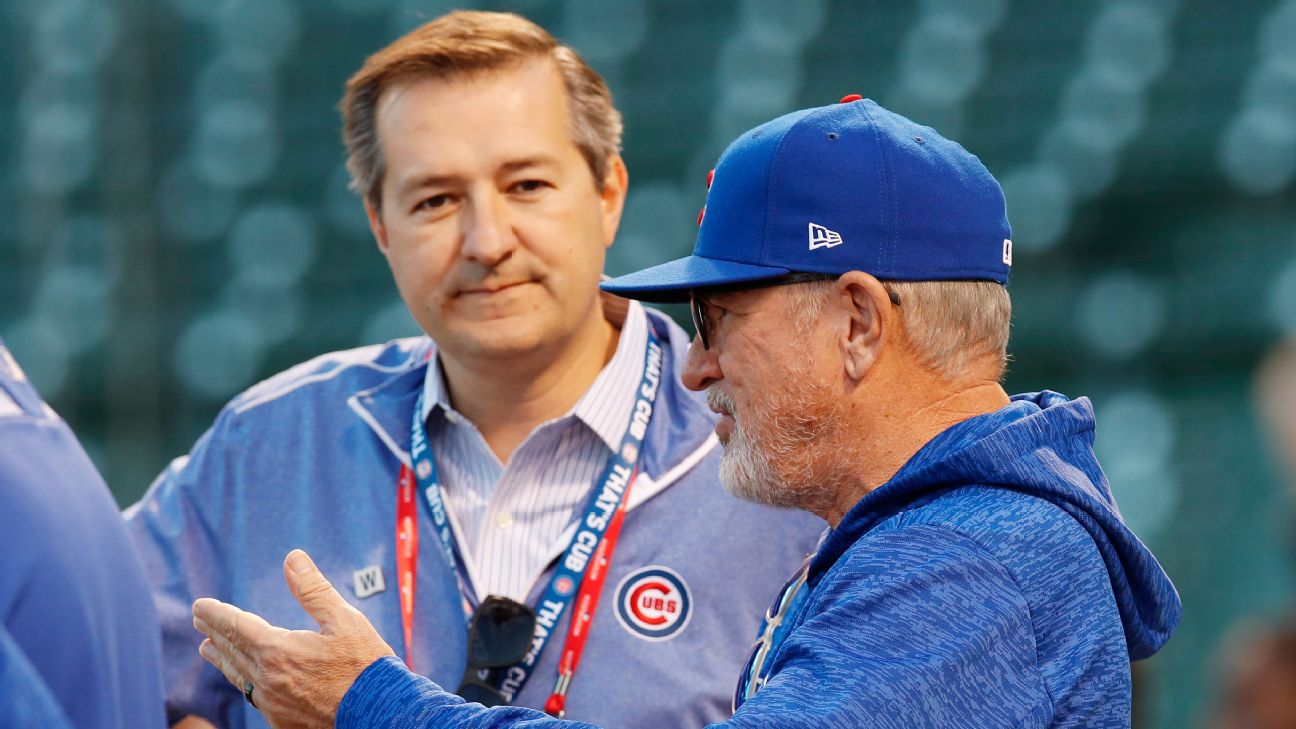 ESPN
By Jesse Rogers
MESA, Ariz. -- On the same day the Cubs announced a partnership with several Chicago-area Muslim organizations, team owner Tom Ricketts expressed surprise over his father's association with racist and bigoted emails while continuing to distance the Cubs from the controversy.

"The emails were unacceptable and have no place," Ricketts said Monday from Cubs camp. "My father has no direct role or economic interest in the team and that doesn't represent what this organization is.

"Those aren't the values that my family was raised with. I was surprised to see the emails. I've never heard my father say anything that was even remotely racist. It's just not our family values."

Ricketts spent much of his 30-minute news conference answering for his father -- and the emails, which were published by splinternews.com. They contained racist jokes and Islamophobia.

As for the team's association with various Muslim organizations, a joint news release announced a desire for "genuine, meaningful and visible steps toward combating Islamophobia, bigotry and racism."

Ricketts addressed the emails with his players before speaking with reporters. He wanted to clear the air before spring training begins in earnest.

"I wanted to let them know if there was anything we had done in our organization that ever made them uncomfortable or we had missed, to let me know," Ricketts said.

The controversy exploded just days before the team announced a partnership with Sinclair Broadcast Group to create a television network dedicated to Cubs baseball. Sinclair's footprint in politics, which critics say skews very conservative, had no bearing on the Cubs' decision to sign up with the company, said Ricketts.

Joe Ricketts is the founder and former CEO of TD Ameritrade and has contributed to conservative political groups.

"I think they will be great partners," Tom Ricketts said of Sinclair, the largest television station operator in the United States. "There is nothing political in anything we're doing with our new station."

The latest round of off-the-field issues have been part of a larger picture for the Cubs over the last few months. On Friday, Addison Russell spoke publicly for the first time since being suspended for 40 games for violating baseball's domestic violence policies. Many fans did not want to see him wear a Cubs uniform again, but the team stood by him as he began counseling and therapy.

At some point, Ricketts wants the team to get back to talking and playing baseball. It wasn't long ago the franchise was among the elite in sports.

"The last thing an organization needs is more off-the-field distractions," Ricketts said. "We set out to be the best organization in sports and do what was right for our fans. We've crushed it. We've won the World Series. ... We've restored Wrigley Field. ... And on the community front we are the most charitable in sports. We've executed all those goals."
Report a correction or typo
Related topics:
sportsespnemailsleakmlbtom rickettsjoe rickettsespnw sportschicago cubs
Copyright © 2020 ESPN Internet Ventures. All rights reserved.
More Videos
From CNN Newsource affiliates
TOP STORIES