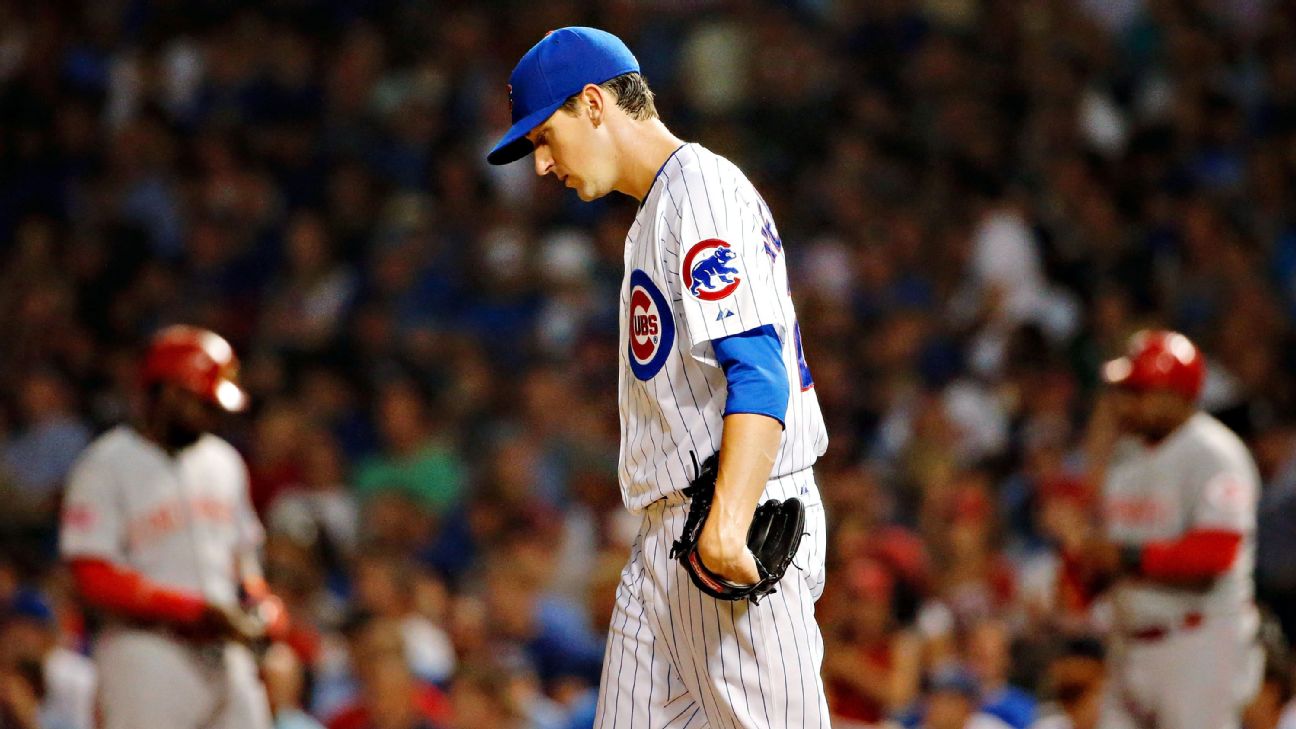 CHICAGO -- The Chicago Cubs plan to move slowly with Kyle Hendricks after tests confirmed the right-hander is dealing with a shoulder impingement.

Hendricks was placed on the 10-day injured list Saturday, one day after he permitted five runs in 4 1/3 innings in a 5-3 loss to NL West-leading Los Angeles. Hendricks was 6-0 with a 1.99 ERA in his previous eight starts before stumbling against the Dodgers.

"There's no question we'll take the length of the season into account," general manager Jed Hoyer said Tuesday before a game against the crosstown White Sox. "We know how impactful he is when he's right and we want to get him right and if that means patience, we'll exercise patience."

"All the tests confirm sort of what we thought," Hoyer said. "He was kind of dealing with a little impingement. We feel like we got ahead of it. We're not sure how much time he'll miss, but we'll try to take it slowly."

Tyler Chatwood will take Hendricks' turn in the rotation Thursday against the New York Mets. Chatwood is 3-1 with a 3.60 ERA in 17 appearances, including one start, bouncing back nicely after he struggled last year in his first season with the Cubs.

Hoyer also said he thinks reliever Brandon Morrow is up to about 135 feet for his throwing program. Morrow had offseason elbow surgery, and then experienced a setback during the recovery process.

"I feel like with Brandon, we've been down this road a few times, where he feels good and then he has a setback," Hoyer said. "So I don't want to be over-optimistic. I don't want to be pessimistic. This is where he is and obviously getting him back would be such an incredible bonus at this point. He could be a real shot in the arm for the bullpen."
Report a correction or typo
Related topics:
sportsespnmlbchicago cubskyle hendricks
Copyright © 2020 ESPN Internet Ventures. All rights reserved.
More Videos
From CNN Newsource affiliates
TOP STORIES