Cubs put Hendricks on IL, may call on Alzolay 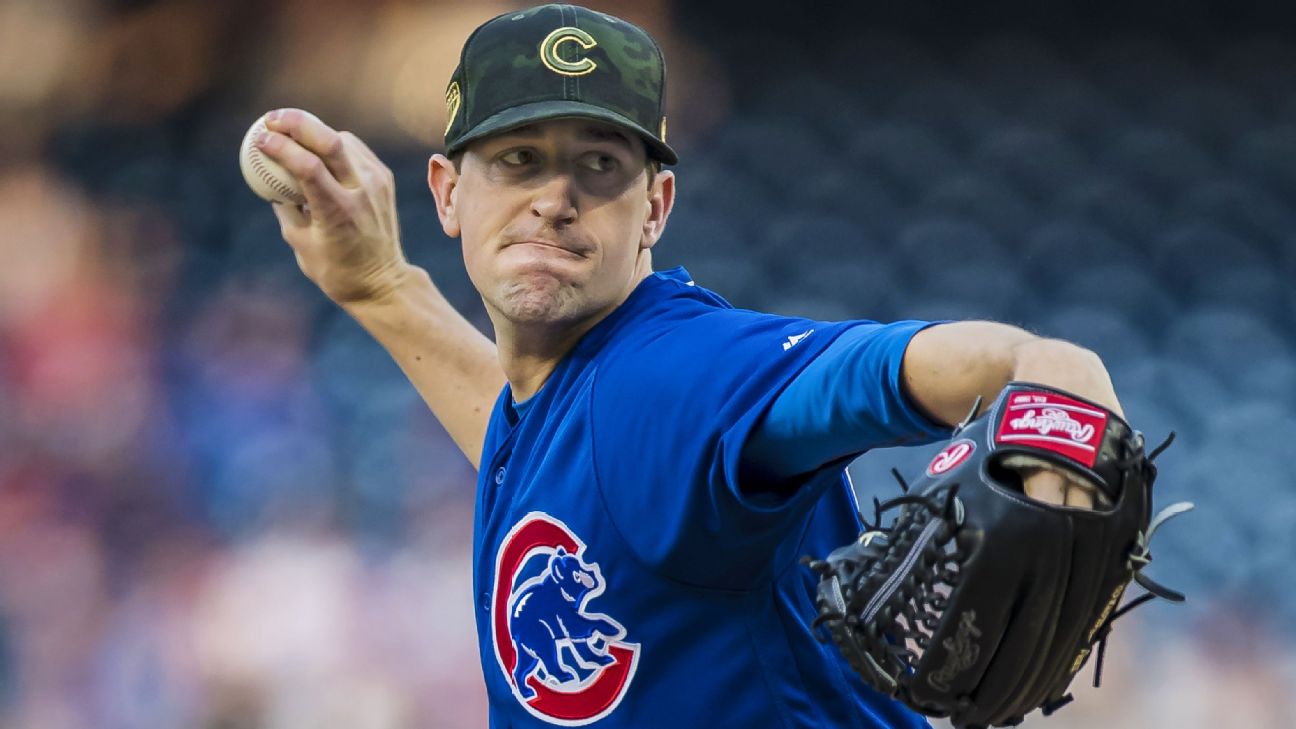 LOS ANGELES -- The Chicago Cubs placed right-hander Kyle Hendricks on the 10-day injured list Saturday due to right shoulder soreness after he struggled in his start the night before.

Hendricks, 29, was on a good roll until Friday, when he lasted just 4 innings in a 5-3 loss to the Los Angeles Dodgers.

The injury is not suspected to be serious.

"If it was a different point in the year, we could do different things," Hendricks said.

The majors' 2016 ERA leader thinks a heavy workload early in the season could have contributed to the ailment. Before Friday's outing, he had pitched at least seven innings in six of his past eight starts, which included a complete game followed by two eight-inning stints.

The Cubs want to make sure he's right before the more important days of the year are upon them.

"This is the right thing to do," team president Theo Epstein said. "Let it calm down, treat it. I don't think he'll be out of the rotation too long ... The goal at this time of the year is get him to 100 percent so he can be strong, deep into the season."

The Cubs have some intriguing options to fill Hendricks' spot in the rotation, including the possibility of calling up their top pitching prospect, 24-year-old Adbert Alzolay. He has a 3.09 ERA in six starts at Triple-A Iowa, but Epstein says he has been trending even better of late.

"His curveball is as good as I've ever seen it," Epstein said. "Tons of swings and misses."

Alzolay has been in the organization since 2013 and will get heavy focus when he arrives, as the Cubs have been unable to develop pitching to help them at the major league level. Epstein indicated Alzolay is likely to find a few spot starts one way or another as the team looks to give its veteran staff a break at some point this year.

If he doesn't get called up for Hendricks, the team could turn to some on the major league roster.

"At the same time we have [Tyler] Chatwood, who's certainly a starter and has been pitching well this year," Epstein said. "Mike Montgomery made a lot of quality starts for us last year as well. We have to balance all those factors. There's always a possibility multiple guys get a crack at it. We would like to build in extra rest for some of our starters at some point if we could."

Chatwood led the majors in walks last year, but he has found some rhythm this season, as his walk percentage has gone from 19.6 to 14.1. He could be the favorite to fill in, because Montgomery hasn't been stretched out as much as Chatwood.