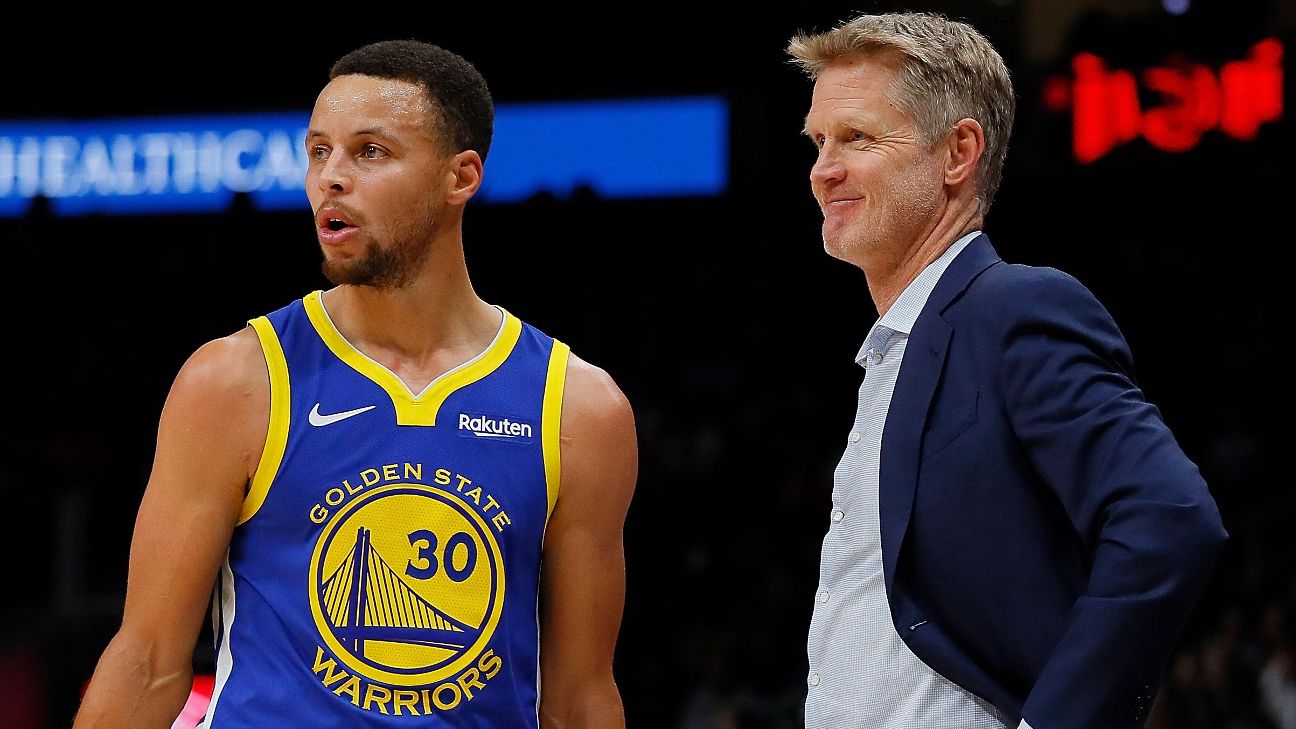 THE GOLDEN STATE Warriors know how fleeting life atop the basketball world can be.

Following five consecutive NBA Finals trips, the team suddenly finds itself out of postseason contention in 2019-20 with a league-worst 15-50 record. Serious injuries to star players and the departure of Kevin Durant, a two-time Finals MVP, will do just that.


That's why some members of the organization have experienced a familiar feeling watching "The Last Dance," ESPN's 10-part documentary series chronicling Michael Jordan's final season with the Chicago Bulls. Drama and uncertainty hovered over Chicago's entire run to the Finals as the team headed toward a breakup -- kind of like Durant's final season in Oakland before departing in free agency last summer. The pressure that Jordan and the Bulls felt while trying to stay on top during both sets of three-peats resonated for Warriors personnel.

"The second time with Kevin [in 2018] it felt like, 'Well, we just did what we were supposed to do, and great job,'" Warriors president and general manager Bob Myers said of the last time the Warriors won a title. "It wasn't joy.

"I'm sure a lot of people felt differently. It wasn't anybody's fault. I think there's just a weight to everything. And so I'm sure [the Bulls] felt that weight of everything, weight of relationships."

Whether it's the Bulls' six rings in eight seasons or the Warriors' three titles from those five straight trips to the Finals, keeping a dynasty alive is a grueling task.

Steve Kerr knows from experience. Now the Warriors' head coach, he was also a member of the Bulls as a sharpshooting reservefrom 1993 to '98.

"To be honest, [the documentary] is just confirmation of what I was saying to our team all of last year and 2018," Kerr said. "The whole messaging for the year was based on my experience with Chicago and feeling that level of fatigue [and] emotional toll that had been over the previous four years. ...

"And so watching this now is just a reminder of how difficult it is to sustain that kind of run."

WHILE IT'S EASY to remember the moments of glory, the Bulls' road to six titles in the 1990s was rough. Before a breakthrough title in 1991, Chicago lost in the playoffs three straight seasons to the rival Detroit Pistons, a team Jordan claims he still despises.

Then after winning that first trio of trophies, they once again had to scale the mountain. Even with Jordan -- albeit a rusty MJ -- back for the 1995 playoffs after his brief NBA retirement to play baseball, Chicago couldn't get past the Orlando Magic in the conference semifinals.

Stephen Curry's Warriors dealt with their own share of heartache before blossoming into an all-time dynasty. Prior to Kerr replacing Mark Jackson on the sideline, Golden State ran into the San Antonio Spurs juggernaut in the 2013 conference semifinals and fell in the opening round in 2014 to the LA Clippers.

"There's a lot of comparisons to what we went through with the Warriors these last five years and building up to trying to stay on top," Curry said recently on the "Rory and Carson Podcast."

"So I'm actually learning a lot about leadership and just really another appreciation for the demands that are put on us as professional athletes."

As Jordan detailed in the documentary how burned out he felt after beating the Phoenix Suns in the 1993 Finals, Myers recalled his own emotions following the 2018 Finals, the Warriors' third title in four seasons.

"Winning and doing it all together is really hard," Myers said. "And maintaining relationships is hard. ... There's a lot more ways for it to come apart than keep it together."

A central theme throughout the documentary is Chicago GM Jerry Krause's unhappiness with not receiving enough credit, leading to the deterioration of his relationships with Jordan, Scottie Pippen and coach Phil Jackson, and the feeling that this would be the team's "last dance," as Jackson termed it.


Watching the footage, Myers said he recognizes Chicago's clear disconnect between players, coaches and the general manager, but he can also appreciate just how difficult Krause's job was in building those Bulls.

"I'm sure there's two sides to the coin," Myers said of Krause, who died in 2017. "It would be interesting to hear what he said."

After dealing with the persistent questions about Durant's impending free agency throughout the 2018-19 season, Myers has been taking in the documentary with both an appreciation for what his team accomplished and a dose of reality about the lifespan of NBA dynasties.

"A false assumption or narrative is that things should last forever," he said. "That's the thing that surprised me -- everybody expects [that].

"I don't think there's been an example in sports where there wasn't conflict over a long tenure. It's just part of it."

THINGS HAVE CHANGED. When the documentary revisited Dennis Rodman's desire to take a midseason vacation to Las Vegas during the 1997-98 season, Myers chuckled.

What would happen if a Warriors player came to him asking for that type of in-season break?

"It would be very hard for a player to even conceive of," Myers said. "You'd probably look at the player and say, 'This is a bad thing for you. Bad for us and for you.'"

Myers knows that the media bubble his players exist in now would burst at the attention such a move would create. The social media scrutiny and intrigue would be instantaneous. The 24-hour sports news cycle would feast on what it meant for the Warriors. It was a different story for the Bulls.

"It worked," Myers said of Rodman's hiatus. "Everybody laughs that they let him go. What if they didn't?"

Unlike those Bulls, the Warriors had to climb to the top in the social media age. Nearly every move Curry, Durant,Draymond Green, Klay Thompson and their teammates made was documented and scrutinized throughout their run.

Jordan didn't have to deal with Twitter and Instagram, but as Kerr recalled, the attention paid to his life off the court might have rivaled even the biggest social media attention of today.

"I think the thing you get a good sense of watching the documentary is how different Michael's life was compared to the rest of us," Kerr said of his time with the Bulls. "Everybody else could at least go out, go enjoy themselves, get away from it. All you had to do was escape the hotel.

"But Michael just couldn't go anywhere, and I think that's really being captured well. So I imagine it's similar in some regards to some of the stars today and how they feel being confined to their hotel rooms or to their homes."


Kerr laughed when contemplating what social media could have revealed about those Bulls teams.

AS THE DOCUMENTARYconcludes with its final two episodes Sunday night, the debate revolving around the two teams has resurfaced.

Which dynasty is superior: The '90s Bulls or the 2010s Warriors?

But even amid Golden State's historic run, the Warriors were always deferential to the greatness of Jordan and the Bulls.

"I'm from Illinois, man, so I respect the greats. I don't put us in that category," Shaun Livingston, a key Warriors reserve from 2014 to '19, said last season. "It's a different time, different era."

The comparisons were inevitable. After breaking the 1995-96 Bulls' record for most regular-season wins (72) with 73 during the 2015-16 season, the Warriors lost in the Finals to the Cleveland Cavaliers, seemingly threatening a claim to the greatest team ever.

But during back-to-back title runs in 2017 and 2018 with Durant aboard, the same comparisons and questions often appeared. It was a narrative against which Kerr pushed back.

"It's impossible to really compare the two teams," Kerr said last season. "Like trying to pit them against each other. Because the league is so different because of the [evolution of the] 3-point shot, because of the different defensive rules. ...

Myers, who credited Jordan's Bulls with being his introduction to the NBA, said he was open to keeping the debate alive as "The Last Dance" reminds the world of the greatness of the six-time champions. 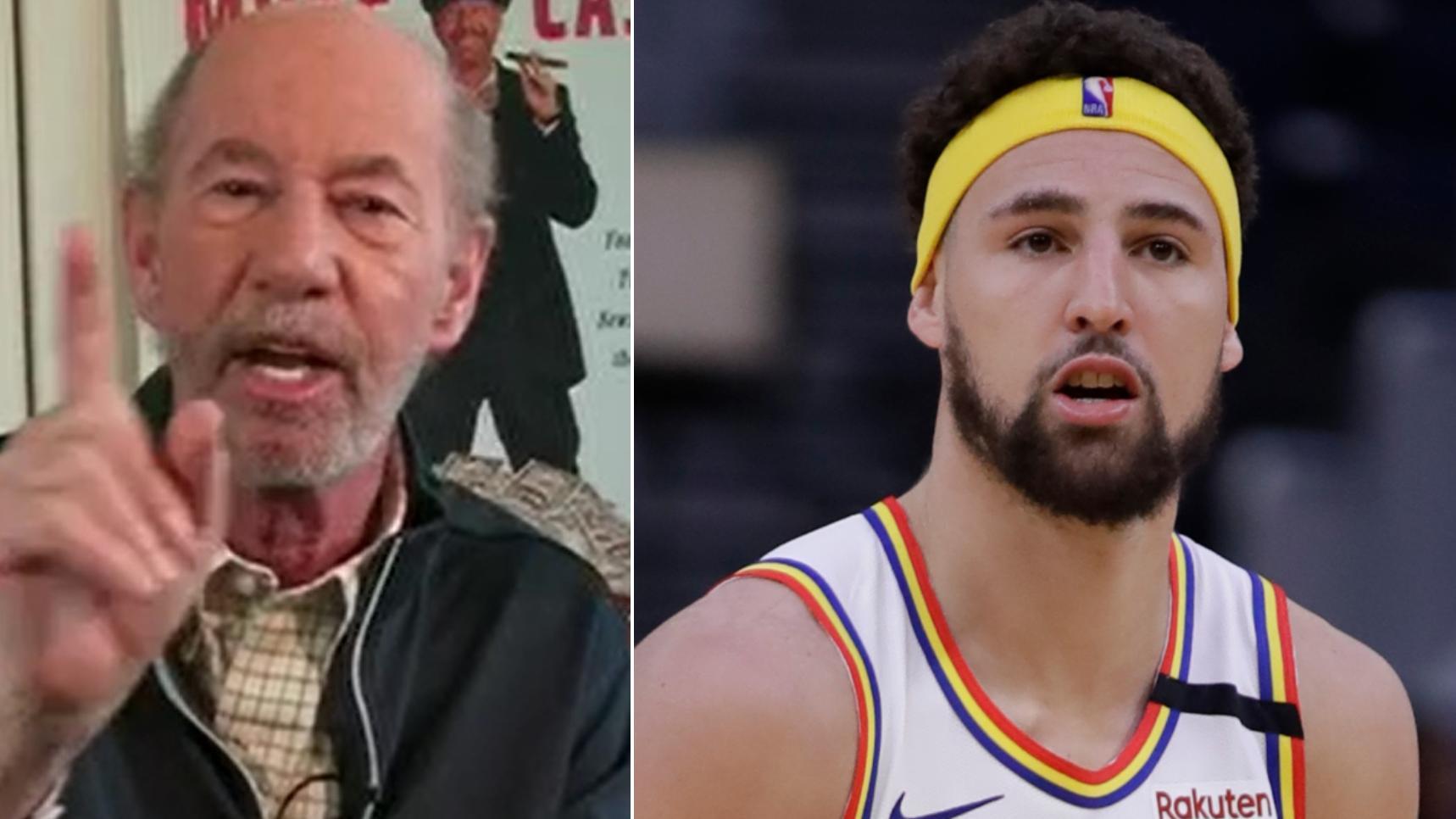 Is the Warriors' dynasty officially over?
Tony Kornheiser contends that the Warriors are one star player away from having their dynasty back on track to win another championship. 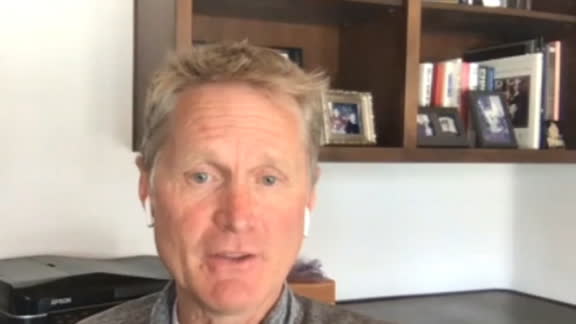 Kerr downplays impact of fight with Jordan
Steve Kerr talks about how fights in practice used to happen all the time, and no one found out about his scuffle with Michael Jordan until months later. 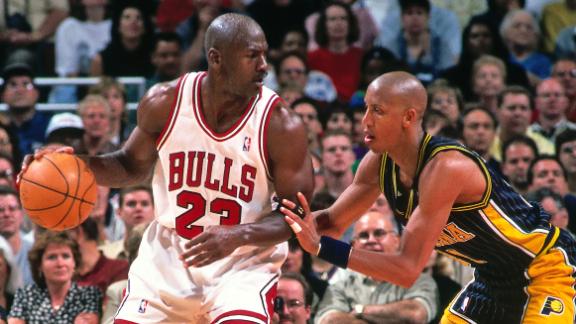 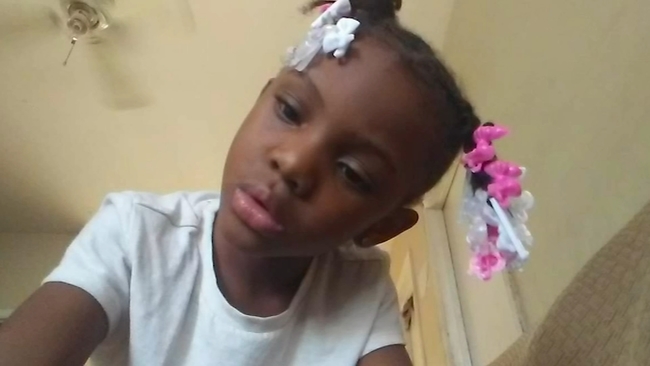