Inside latest 'Backstory' - Manti Te'o and the lingering catfish questions 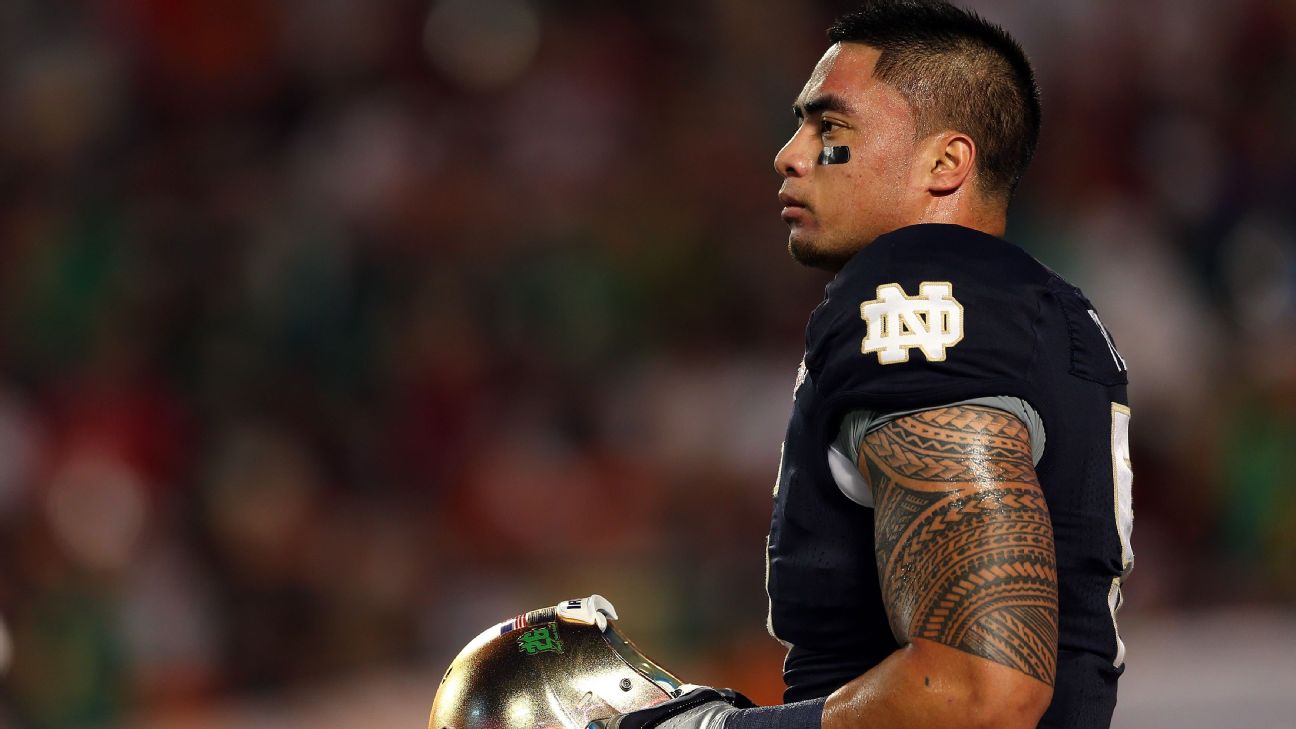 Journalists, particularly those who work in television, often talk about "The Get," an important, difficult-to-land and exclusive interview. ESPN's "Backstory" was created with the idea that, through hard reporting, we could still tell important stories with new reporting and fresh insights when we don't always get access to the principal subjects.

The dynamics were a little different for our latest episode, "The Tale of Te'o" (premieres Sunday at 8:30 p.m. ET on ESPN and the ESPN App).


The story involves former Notre Dame linebacker and 2012 Heisman Trophy finalist Manti Te'o, who was part of a catfish hoax during his senior season with the Fighting Irish. Only he would be able to answer some of the questions raised during my reporting, so getting Te'o on camera or the phone was a priority.

In September 2012, Te'o believed he was told his girlfriend, Lennay Kekua, had died of leukemia. He said his ailing girlfriend had previously told him that if she died, he should keep playing in her memory. Millions gravitated toward the story of love and loss, and Te'o was on the cover of Sports Illustrated and the subject of a College GameDay profile.

If only the story had been true.

Kekua was actually the creation of a young California man named Ronaiah Tuiasosopo, who disguised his voice and pretended to be "Lennay" in a lengthy, online-only relationship with Te'o. The Notre Dame linebacker had been the victim of a "catfish," the term for a person posing online as someone else to commit a fraud.

Although Te'o discussed his embarrassment of being played a fool with his parents over Christmas in 2012 and Notre Dame head coach Brian Kelly on Dec. 26, the university and Te'o managed to keep it secret during the team's run-up to the BCS National Championship Game.

"There was general agreement that we didn't really want something like this to be a distraction," John Heisler, Notre Dame's former associate athletic director, recently told me. "So, the hope was that, whatever was going to happen with the story, we could get through the football game without that having to become part of the -- the news stories."

Te'o eventually spoke to a few news outlets at the time, including ESPN, repeatedly denying he had any involvement in the scheme.

Still, questions about Te'o's possible involvement linger more than eight years later, in part because of the careful and seemingly prepared way he initially answered inquiries about what happened.


I first spoke by phone with Te'o on a Saturday morning this past October. At the time, after previous NFL stints with the Saints and Chargers, he was in Chicago preparing for a tryout with the Bears' practice squad.

As the global pandemic worsened, I assumed an in-person, sit-down interview was a long shot, particularly since the COVID-19 pandemic in Chicago was surging and a citywide lockdown was a growing possibility. I made my pitch during a wide-ranging, 45-minute conversation. Matthew Hiltzik, a veteran crisis communications specialist who had helped broker my interview with Te'o, listened in on the conversation as Te'o explained he was vaguely aware of our "Backstory" episode. We caught up on his life as he told me he had married his longtime girlfriend, Jovi Nicole Engbino, in late August.

We began discussing faith and forgiveness, both of which are extremely important to the deeply religious Te'o. He told me his faith sustained him through the catfishing aftermath.

"It was a very dark time for me after the catfishing," he said. "I had a lot of trouble and difficulty processing it ... I look back on that kid, and I shed tears."

He again denied he had played any part in the hoax: "It's outrageous!"

I told him I wanted to ask him about a comment about faith that he gave as part of the College GameDay piece in October 2012. Te'o didn't say anything about my desire to ask him about it, but it turned out he would be thinking often about that question in the coming weeks.

As our conversation wound down, Te'o told me he would think about the interview. "Yesterday, the fall leaves were falling in Chicago," he said. "I looked at a leaf falling and it reminded me that I didn't know where to go, I didn't know who to trust. ... I was just stuck."

Within a few days, Hiltzik told me the linebacker agreed to an on-camera interview.


"Wussup Don. I would prefer to do the interview in-person ... My wife will be with me in Chicago too so it would be perfect."

We settled on a date, time and venue, and, this time, there would be no ground rules. Only Te'o knows precisely when he first suspected he was hoaxed after believing he was in a relationship he insists felt very real.

I was elated after going back and forth to try to land the interview, but the feeling did not last long. In mid-November, Hiltzik told me Te'o instead had committed to doing a documentary project with The Players' Tribune and Netflix, but there was still the possibility of a shorter, formal interview with Te'o via Zoom. (We later learned Te'o was potentially being paid for his participation and could have some control over the project.)

On Nov. 16, Te'o and I spoke again for 45 minutes. He told me he wanted to explain his reasons for backing out of our scheduled interview. "Your story is your film. It's not mine," Te'o said. "The other project, I would be the star of the beginning, the middle and the finish ... I want to be the star."

I don't think Te'o wanted to face my hard questions, especially after he told me during one of our subsequent conversations he would not reflect upon this comment he made on national television in October 2012 about faith: "Faith is believing in something that you most likely can't see, but you believe to be true. You feel in your heart and in your soul that it's true."

It was important to ask because I wondered if he had been inadvertently referring to any doubts he might have harbored then about Lennay Kekua. Of all the questions I might have asked, why would that one hit a nerve? Was it a convenient way to back out of his commitment to be interviewed on camera?

"I do often find there to be a similarity between faith in a higher power and faith in internet relationships," said Nev Schulman, the co-host and executive producer of the popular series "Catfish," who himself had been catfished online. "I do think what Manti said in that interview is a strikingly accurate metaphor for the way he was behaving in his relationship with Lennay. People want to believe in love. People want to believe that they deserve to be loved and that they will find love."

In the weeks that followed our last call, I kept trying to get Te'o to agree to a short interview via Zoom, but Hiltzik (and perhaps Te'o) knew I wouldn't agree to any ground rules that would prevent us from asking certain questions. So, I pushed on to finish our latest "Backstory" episode.

"Your story is your film," Te'o told me, and it wouldn't be his. We didn't talk again. 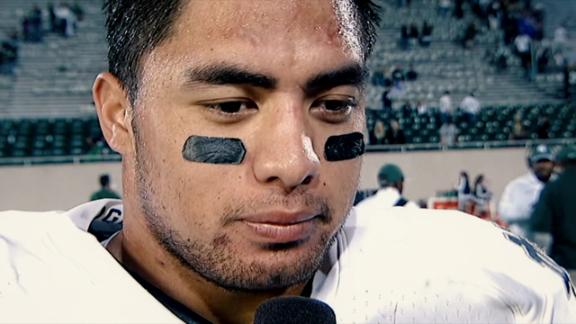