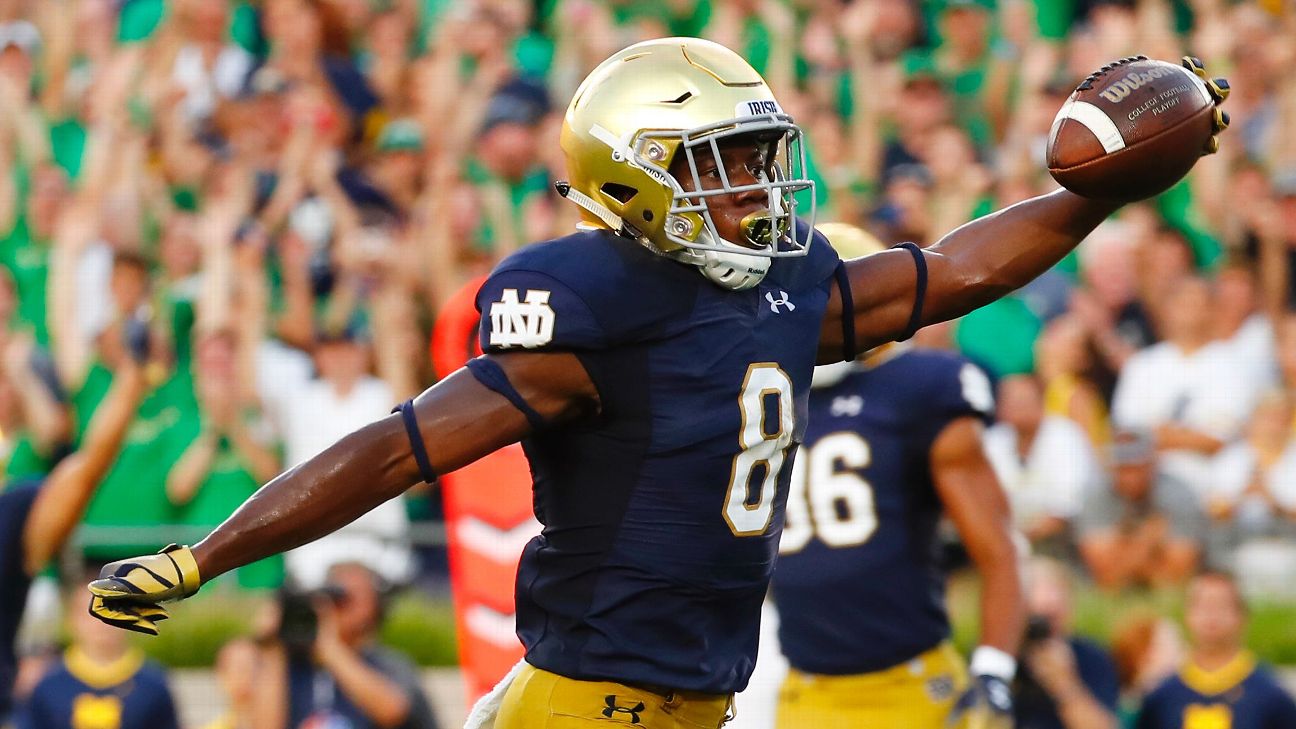 Notre Dame starting running back Jafar Armstrong is expected to miss at least a month with a groin/abdominal injury suffered in Monday's season-opening victory at Louisville, sources told ESPN.

The Athletic first reported the injury update for Armstrong, who underwent an MRI on Tuesday. Sources told ESPN that the junior could miss up to two months.

Armstrong appeared in 10 games for Notre Dame in 2018, starting two, but he also missed three games with a knee injury. He recorded 383 rushing yards and seven touchdowns, and had 14 receptions for 159 yards.

Junior Tony Jones Jr., who had a team-high 15 carries in the Louisville game, likely will get the bulk of the work during Armstrong's absence. Sophomore Jahmir Smith also will see his workload increase after recording two rushing touchdowns against Louisville. 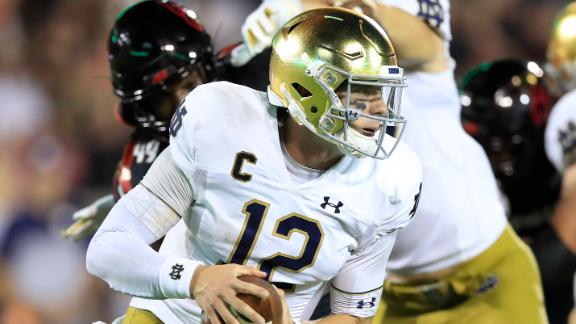