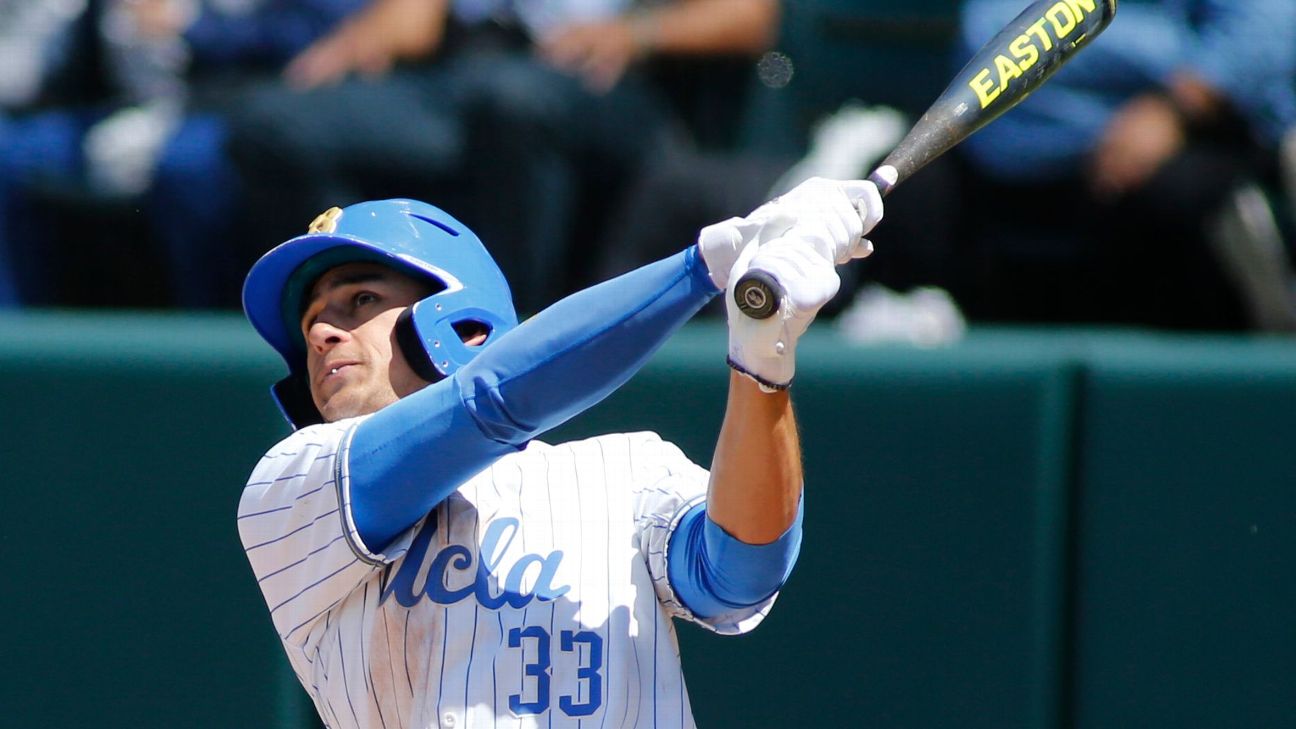 LOS ANGELES -- Gregg Strumpf couldn't help himself. It didn't matter that it was the middle of a playoff game or that the half-inning was in progress or that his son, UCLA second baseman Chase Strumpf, was still celebrating. Gregg had life-changing news to share, so he made his way into the dugout to deliver it.

The Chicago Cubs had drafted Chase in the second round, right around the time he hit the home run that lifted his team to the next round.

"Shout-out to my dad for kinda ruining a moment with my team," Chase said behind a smile, "but it was exciting."

Strumpf's three-run, fourth-inning home run was the difference in UCLA's 6-3 victory over Loyola Marymount on Monday, a win that set up a best-of-three series against Michigan in the Super Regionals next weekend. Seconds before turning on an elevated changeup and sending it over the left-center-field fence at Jackie Robinson Stadium, Strumpf, a junior, was made the 64th overall pick in the MLB draft by the Cubs.

"I'm honored to be picked by them," he said, "but we have more priorities here, still have a job to do here."

Strumpf was one of three UCLA players taken in the first two rounds, along with first baseman Michael Toglia (23rd overall by the Colorado Rockies) and starting pitcher Ryan Garcia (50th by the Texas Rangers).

The Bruins finished the regular season as the No. 1 team in the nation, a ranking they held for 11 consecutive weeks. They owned the highest winning percentage and the lowest ERA in the nation, won every weekend series for the first time in school history and rode a 10-game winning streak into Regionals.

But UCLA lost to LMU on Saturday and was thrust into the loser's bracket and forced to win three straight games in two days. The Bruins accumulated seven home runs during Sunday's doubleheader, then distanced themselves on Strumpf's homer the following night, advancing to Super Regionals for the first time since 2013, the year of the only championship in program history.

Strumpf said he will "remember the game itself" more than what took place while he helped win it.