Tom Ricketts: Cubs didn't spend money in offseason because, 'we don't have any more' 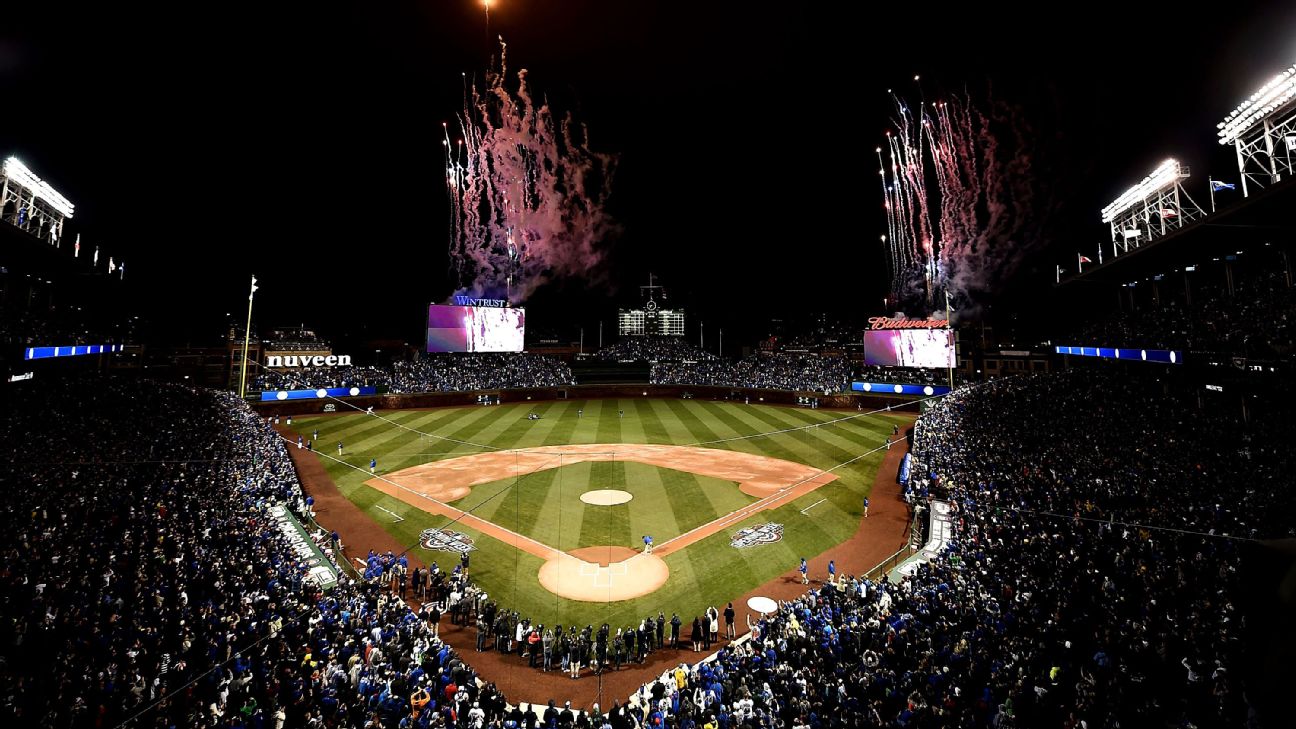 MESA, Ariz. -- While claiming he's confident there is no collusion occurring in baseball, Chicago Cubs chairman Tom Ricketts explained why his team didn't spend money -- and still won't -- on free agents this offseason.

"That's a pretty easy question to answer," Ricketts said Monday. "We don't have any more."

That comment took some by surprise for a team whose estimated worth is over $3 billion. Ricketts pointed out the Cubs have been a top-five payroll in baseball ever since they became contenders a few years ago, but they've never been the No. 1 spender. This season won't be any different.

"We've put our money back on the field," Ricketts said. "Unfortunately, you just can't have a high-profile free agent every single year. Part of that is how much it costs. Whatever the $25-30 million it's going to cost, plus it's a 10-year commitment. You have to pay those dollars."

Ricketts was stating the obvious but not really explaining why the Cubs don't have the money. They're set to see a windfall beginning next year when their own television network debuts. He claimed rising salary costs due to arbitration as one reason they aren't spending big.

"As much as I would love to have a great, new, exciting player, it just can't happen every year," Ricketts said.

The Cubs have been active in the market in previous years but not this one. So while Manny Machado and Bryce Harper are still available to all teams, count the 2016 World Series champions out. It's the same stance they've had all offseason. With their continued availability as camps open, a new round of questions about collusion arose.

"I can say that's not the case," Ricketts said. "I don't think there is any collusion. I have no idea what's going on with the free-agent market with respect to Harper and Machado, but I don't think anyone is colluding with anyone.

"If there are issues between the union and the league, we should probably start talking now."
Report a correction or typo
Related topics:
sportsespncollusionmlbtom rickettsfree agencychicago cubs
Copyright © 2021 ESPN Internet Ventures. All rights reserved.
More Videos
From CNN Newsource affiliates
TOP STORIES