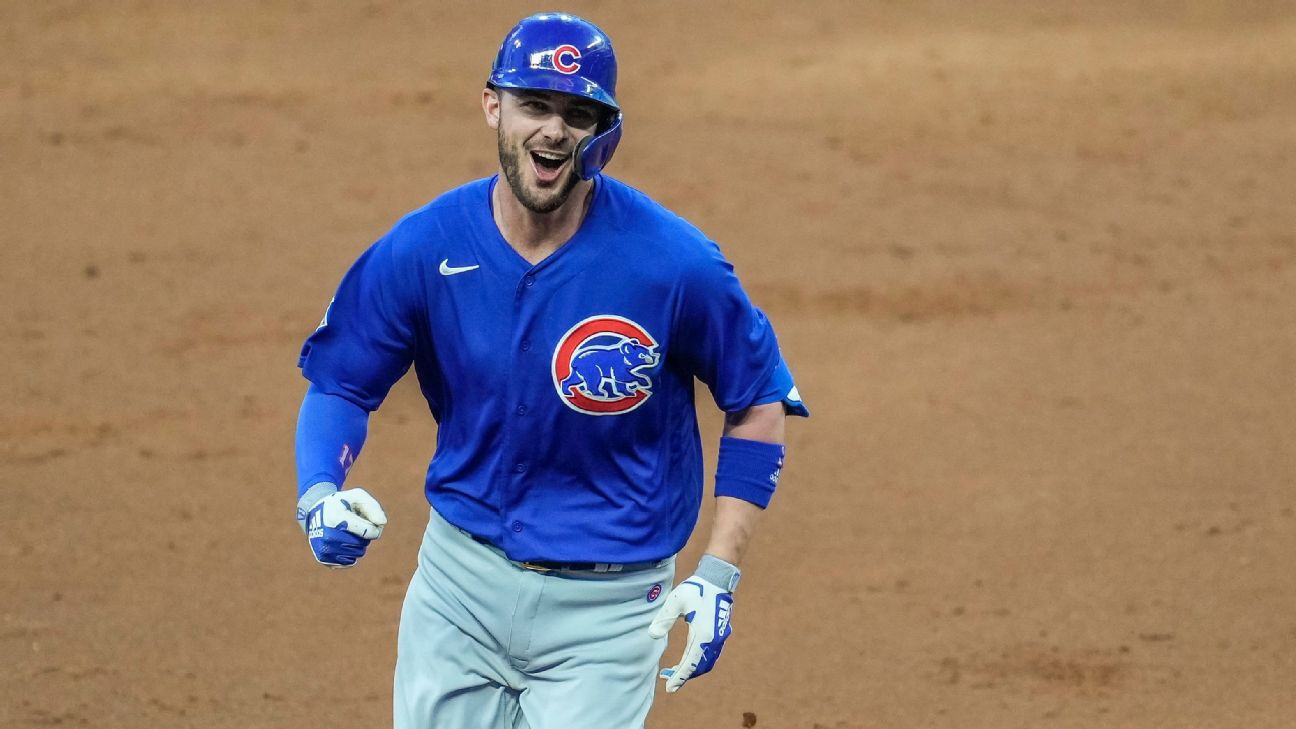 Jed Hoyer's phone will be ringing plenty this July. If you're looking for an All-Star caliber third baseman, the Chicago Cubs president has got one for you. How about a left fielder? He has someone who fits there too. Right field and even center field are covered as well. And he also has a first baseman, in case yours goes down with an injury.

And the best part of a potential trade with Hoyer is that all five players come in the form of one: Former MVP Kris Bryant.


"I was walking through the hallway after the game [thinking] I don't even know what position I play anymore," Bryant said with a smirk earlier this week. "I like to look at the lineup each and every day and find out where I'm playing. Kind of reminds me of club ball growing up. I was playing all over the field and never knew exactly where I was going to be."

Bryant is the rare star willing to play all over the diamond while continuing to put up elite numbers at the plate. After several years of injuries, he's healthy and performing at an MVP level again. His 1.010 OPS, going into Sunday night's game against the St. Louis Cardinals on ESPN, would be a career high, surpassing his .939 mark when he won the NL award in 2016.

"He feels comfortable out there," manager David Ross said. "He really is a guy that is willing to do what's best for the team. Over my time as a player, that's not always a case for superstar players. He is willing to be uncomfortable at other positions."

"I feel like he has to carry an extra bag [of gloves] to the yard lately."

"I think when you think of versatility, normally, you think little guy, utility infielder that can play short and second and third," Hoyer said. "His ability, at his size and offensive profile, sometimes we don't give him enough credit for being the kind of athlete that he is. It's helped our team almost as much as his offense this year."

The ability to move Bryant around the diamond has helped the Cubs stay near the top of the NL Central despite an injury-plagued start to the season, which actually makes Hoyer's midseason decision tougher.

About half the Cubs' roster will become free agents in November -- headlined by Bryant, Javier Baez and Anthony Rizzo. When the team traded Yu Darvish last winter, it signaled a transition phase that Hoyer acknowledged going into the season.


Now the team president will have to weigh the benefits of trading a player, whose combination of versatility and production could bring as big a haul as anyone at the deadline, against where his team sits in the standings come July.

"He's not someone you're hiding out there just to get his bat in the lineup," said an NL scout who has seen the Cubs this year. "He can play the outfield. That's what I'd tell anyone who asked."

And the same selling points Hoyer may make to other teams in July are the ones Bryant's agent will undoubedly be making this coming winter. The versatilty is a new wrinkle for the pending free agent as teams won't ever have to worry he's blocking a young prospect. They can just move Byrant to another position.

"You have a player who can get in the batter's box and be who he is. He can hit 1, 2, 3, 4. He has offensive versatility to go along with defensive versatility," Bryant's agent, Scott Boras, said in a phone call this weekend. "I see guys making $7-8 million a year, who are good players, and can play five positions, but they aren't middle-of-the-order guys."

Of course, Bryant has to keep hitting to cash in as injuries have been his only obstacle in recent years. Shoulder, wrist, knee and ankle issues are a few that have slowed him the past few years but simply put, he's never had a bad year when healthy. And he is now.

"The bottom line is it slowed his bat down," said Mike Bryant, his dad and hitting coach. "Any injuries to the shoulder, wrist or hand, slowed it down."

The scout concurred that Bryant's bat speed is back and he is getting around on inside pitches as much as ever. A setup tweak, which includes a new routine in the on-deck circle, has paid off, according to his dad. The only place to get him out these days is down and away.


His confidence is brimming and he's as aggressive as ever, swinging at the first pitch more this season than previously in his career.

"It doesn't feel like I'm doing it a lot more," Bryant said. "I'm just out there being myself and being aggressive on a pitch in the zone. It's nothing consciously or different, just sometimes you go on runs where you get better pitches to hit on the first pitch and you take advantage of it."

There is one other way Bryant's saga with the Cubs could end -- by not ending at all. Though the team and Boras haven't come close to a long-term deal, the turn at the top from Theo Epstein to Hoyer could lead to a new line of dialogue. Bryant made a point of mentioning the open line of communication with the Cubs' new boss in spring training.

With only a few months until 29 other teams can bid for him, would Bryant forgo all that at this late date? Doubtful. But that won't stop Hoyer from engaging with Boras before July 31. He has to, at least to know what he has moving forward.

"It's a totally logical thing for you to say," Hoyer said. "You do want to have a feel for that. "If we do have conversations, we're not going to talk about it on a Zoom. It doesn't help this process."

With the versatility Bryant has displayed all year, there's one person more than anybody who wants to see Bryant remain a Cub for as long as he's filling out the lineup card.

"I don't want Kris Bryant going anywhere," Ross has said more than once. 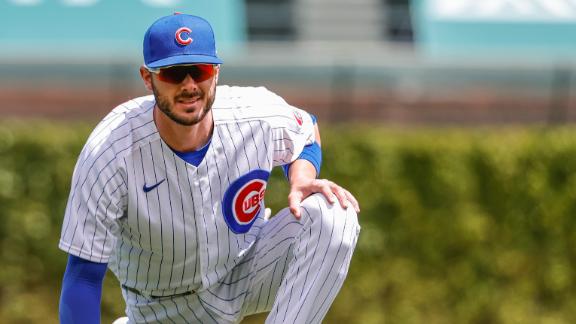