Will Cubs' bats show up with the season on the line? 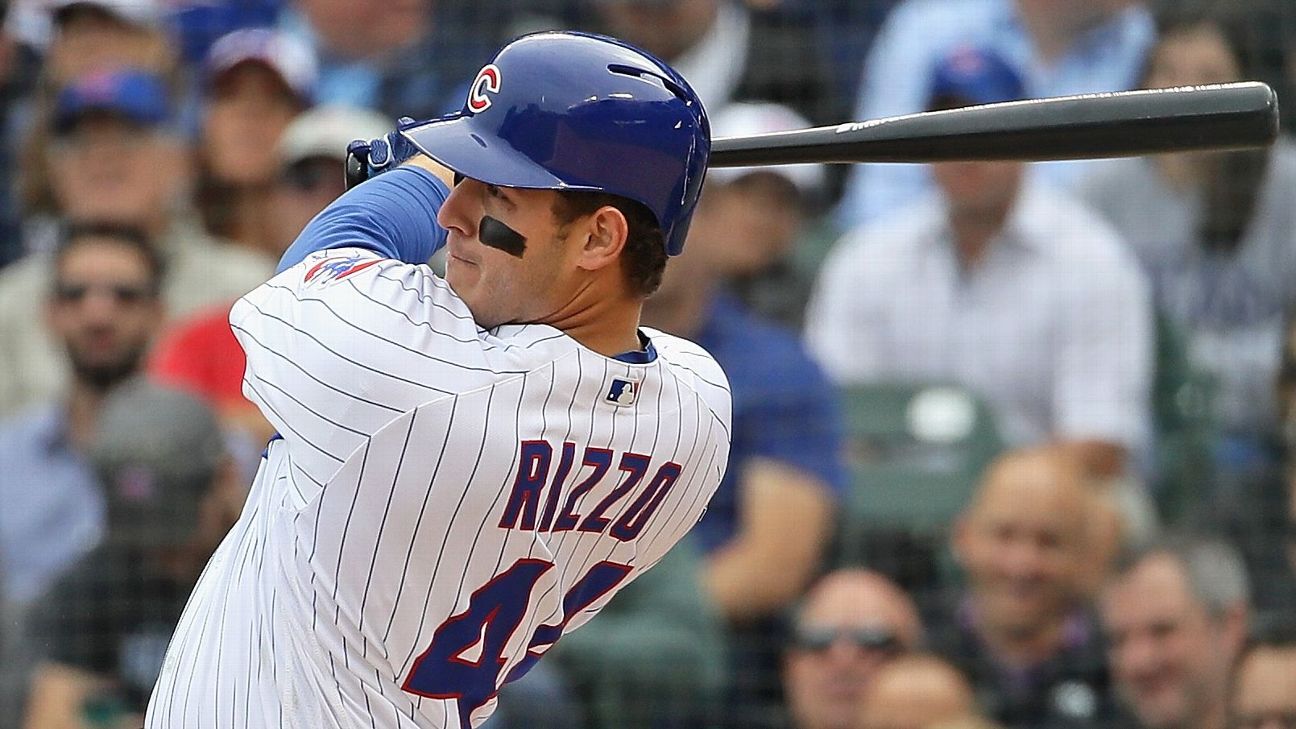 CHICAGO -- The Chicago Cubs haven't popped champagne once this fall, while the Milwaukee Brewers have done it twice already, including a second time at Wrigley Field on Monday. The Cubs will get another chance to drink some bubbly when they host the National League wild-card game against the Colorado Rockies on Tuesday (ESPN, 8 p.m. EST). Nothing about the Cubs' second half has gone to plan, not even celebrating a playoff berth.

"We'll do that when we win the division," outfielder Albert Almora Jr. said last week.

That day never came, as the Cubs' offense once again went into witness protection in their 3-1 loss to the Brewers in the NL Central tiebreaker. In some ways, the Cubs were lucky to be even playing in that game, as manager Joe Maddon admitted without hesitation after Monday's loss.

"I don't have any really solid answers," Maddon said regarding his offense. "The [Daniel] Murphy acquisition permitted us to be in this position in the first place."

Without that August waiver claim trade, the Cubs would be golfing by now. Even with Murphy, they ranked 10th in OPS in the NL in the second half. Long known for their power, that punch in their lineup has practically disappeared.

"Baseball is a hard game," Kris Bryant said. "Sometimes you're not going to hit the ball on the barrel. Some of the best hitters find ways to get hits when they don't hit it on the barrel."

Are any of those hitters on the Cubs? They managed three base knocks against the Brewers on Monday, in their most important game to date. At home. In decent hitting weather.

"It's just the consistent, hard contact has not been there, more than anything," Joe Maddon stated. "I can't give you a solid reason. We need to find it, quickly."

It was Maddon who spearheaded a switch in hitting coaches last winter, but don't blame new instructor Chili Davis for accomplishing what the Cubs asked him to do. They led the league in opposite-field hits this season after being pull-happy in 2017, and their situational hitting has been better too.

But at what cost? Their slugging has dried up.

It's an issue to be addressed after the season. Right now, they need just enough good at-bats -- and runs -- to give Jon Lester and perhaps Cole Hamels after him a chance to win. It's as big a challenge as the Cubs will face as it feels like they haven't done anything right lately.

But a 95-win team who just made the playoffs for a fourth consecutive season is good. Just not better than the Brewers right now. At least they get to regroup against another team who just lost and then had to travel. If the Cubs are good at anything -- since it's not hitting a baseball right now -- it's throwing away a bad moment or game and moving on.

Regrouping is one thing. Hitting is something else altogether. Maddon is already handcuffed, with a less than dynamic bullpen, so a little offense could help their chances on several different levels. At least Lester and Hamels are capable of a shutout performance and Colorado is coming off a weak offensive game as well.

"We're going to go out there and give it everything we have," Bryant said. "This group is resilient. Ninety-five wins in the regular season isn't something to hang your head on."

Bryant isn't wrong, but losing the division after being in first place since July 12 and losing the tiebreaker followed by potentially losing the wild-card game probably is a good reason to hang your head. The Cubs aren't some upstart team just happy to be playing in October, though a loss on Tuesday might give more credence to that thinking.

"It'll be a fun game," Rizzo said. "It will be a good atmosphere. I'll take our team every day with home-field advantage here."

He said the same about Monday's game as well. Counting out the Cubs -- a team who came back from a 3-1 deficit in the World Series -- would be a big mistake. But thinking they can hit enough to win three rounds in the postseason -- let alone the wild-card game on Tuesday -- is a leap of faith few would take.

"We're not dead in the water," Maddon said. "We have another opportunity. We have to move on and get ready for [Tuesday]. ... It's the seventh game of the World Series. Right out of the chute."

The Cubs scored eight runs in Game 7 of the World Series in 2016. Where has that offense gone? They have at least one more chance to find it -- or they might have to keep any champagne on ice through the winter.