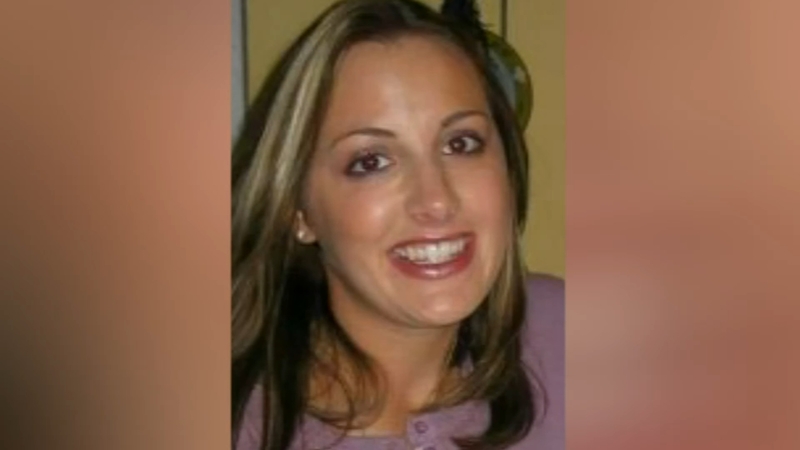 LOCKPORT, Ill. (WLS) -- Law enforcement is searching a canal in Lockport Tuesday for the remains of Stacy Peterson.

Stacy Peterson has been missing since October 2007 when the mother of two disappeared from her Bolingbrook home.

Her sister Cassandra Cales has long believed her husband Drew Peterson, a former Bolingbrook police officer, killed and disposed of her body by dumping it in the river. Her remains have never been found.

In May, Cales commissioned a sonar search team who volunteered their time to try to locate Peterson's remains in the murky water about 21 feet deep. At the time, the team couldn't tell if the bones they found were human.

Drew Peterson is a formal suspect in her disappearance. He will likely spend the rest of his life in prison for the murder of his wife Kathleen Savio. He's never been charged in regards to Stacy Peterson.
RELATED: 10 years later, Stacy Peterson's family hopes disappearance will be solved

Illinois State Police confirmed their Division of Criminal Investigation Zone 3 working "an active and ongoing criminal investigation" at the Chicago Sanitary & Ship Canal in Lockport. ISP said the FBI is assisting them in the investigation.

They declined to provide any further details to "protect the integrity of the case."

In the weeks after Peterson disappeared, Cales led searchers to look for her body in the Sanitary & Shipping Canal, and on numerous occasions she has claimed to ABC7 that sonar has located skeletal remains. But authorities have always come up empty.

Most recently, Cales said she got video of skeletal remains she believes could be her sister's body.

"How many times do I have to hand my sister or whoever it is to them on a silver platter, and again they do nothing?" she wondered.

She said state police sent divers to that location Tuesday, but believes they again found nothing.

"I am very frustrated," Cales said. "We told him about this in May. But they waited five months to search."