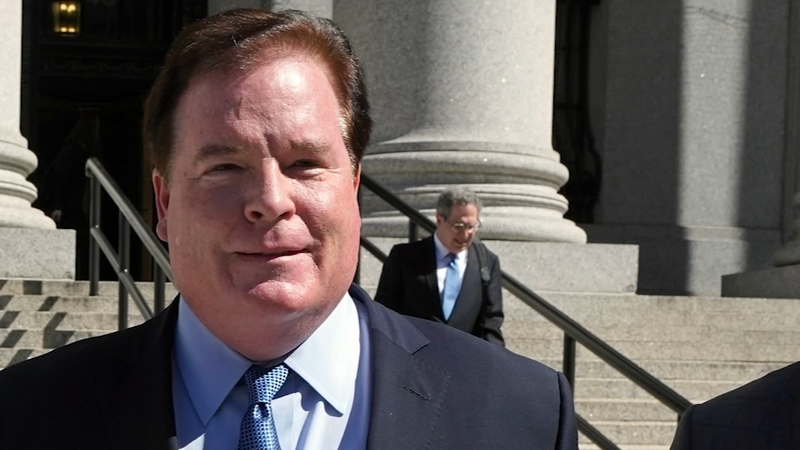 CHICAGO (WLS) -- In good times, when Stephen Calk was CEO of The Federal Savings Bank, he was on the good side of then presidential candidate Donald Trump. Now, Calk is on the cusp of learning how far his fall from those glory days will be. By this time on Monday he should know whether a judge will point him to federal prison for bribery and conspiracy with one of Trump's top men.

As his trial started last summer, Calk told us he just wanted the truth.

He was convicted, and now 72 hours away from sentencing, he just wants mercy from a federal judge who will decide whether to send him to jail.

He is the founder and was the CEO of The Federal Savings Bank, headquartered in the Fulton Market neighborhood.

In July, a jury found Calk handed $16 million in unsound bank loans to 2016 Donald Trump campaign chairman Paul Manafort, in exchange for a power seat in the Trump administration; perhaps Secretary of Defense or an ambassadorship.

There is a huge gap in what the government wants for Calk's punishment and what Calk is asking for.

Prosecutors in New York, where the case went to court, say he should spend at least four years behind bars, and maybe five or more. At a sentencing hearing late Monday afternoon, prosecutors will say Call "corruptly abused" his power as bank boss, pushing millions in loans to Paul Manafort to gain his endorsement for a top Trump White House job.

For a short time Calk was on Trump's campaign economic committee.

Calk's attorneys, including Chicago lawyer Jeremy Margolis, are prepared to ask for probation; no jail time; and will argue the ex-Chicago banker has led a decent and law abiding life. They believe the government has grossly overstated the Calk-to-Manafort loan arrangement and contend there was no quid pro quo for a political post.

Manafort went to prison for other financial crimes, but was freed when President Trump pardoned him before leaving office. Calk however received no such consideration or help from the former president. On Monday, he will learn what his immediate future holds. It is expected Calk will appeal the conviction and this case could be in the legal system for months, if not years.
Report a correction or typo
Related topics:
chicagowest loopdonald trumpsentencingbriberyi team
Copyright © 2022 WLS-TV. All Rights Reserved.
I-TEAM
ISP combating expressway shootings with new technology, tactics
Cross-border drug tunnel linked to alleged drug trafficking scheme
Teen fatally shot at 'Bean' worried about living past 21
How to protect yourself from moving company scams
TOP STORIES
ISP combating expressway shootings with new technology, tactics
VP of Naperville's KidsMatter arrested for child pornography
West suburban mayor arrested for DUI, was asleep on expressway: police
Elderly woman with dementia missing from Markham
Renter scams using Zelle to receive money from victims
Tow truck driver found guilty in I-88 road rage murder
Mother scolded by judge after gun goes off in son's backpack
Show More
Suburban gymnasts ready routines for Special Olympics
Chicago's Chinatown booming as others see population declines
Teen girl struck, killed by Metra train near Geneva ID'd
Republican candidates for Illinois governor trade jabs in forum
Naperville native returns home after setting record on Mt Everest
More TOP STORIES News