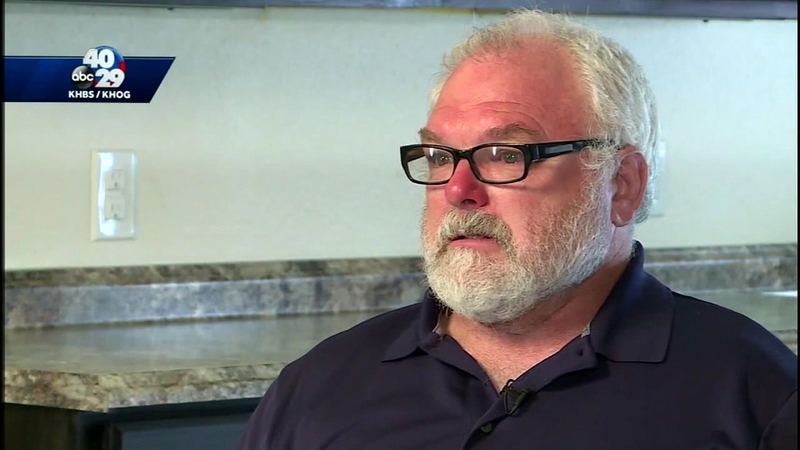 2 men in a truck chase down Texas church shooter

SUTHERLAND SPRINGS, Texas -- It's taken investigators more than 24 hours to collect and remove all evidence from First Baptist Church, where 26 people were shot and killed and 20 others hurt in the largest mass shooting in Texas history.

By Monday night, investigators had learned that the shooter, 26-year-old Devin Kelley, shot himself in the head after opening fire during the Sunday service.

But before that, Kelley had a shootout with Stephen Willeford, a neighbor who lived near the church.

"The people of that church - they're friends of mine. They're family. And every time I heard a shot, I knew that probably represented a life," Willeford said.

New details are emerging about the past of Devin Kelley, who is accused of shooting dozens of people in a Texas church.

Willeford said he locked eyes with Kelley, who was wearing all black, a ballistic vest and a mask. The two fired at each other, and Kelley was hit in the torso and in the leg.

Kelley dropped his rifle and took off in his Ford Expedition. Willeford and another man chased him for six miles. Kelley crashed his SUV. Authorities found him dead. They say he called his father then shot himself in the head.

Why Kelley did this is still unclear.

If Willeford hadn't been there, investigators fear more people would have lost their lives.
"I'm no hero. I am not," he said. "I think my god, my Lord protected me and gave me the skills to do what needed to be done."

Investigators say Kelley had problems with his estranged wife who attended the church. In 2014, he was convicted of domestic abuse. Recently, authorities say Kelley sent his mother-in-law threatening text messages.